The Pacific Surfliner travels along the Southern California coast on a 350-mile (563km) route linking San Luis Obispo and San Diego. On our West Coast and Yosemite tour we enjoy just a section of this route from Santa Barbara to San Diego, a journey which takes place in daylight.

Through the San Fernando Valley to LA
We enter the San Fernando Valley and continue to the city of Burbank, home to many of the biggest film studios including Warner Brothers, Disney and Columbia. The train then passes the famous Forest Lawn Memorial Park, the final resting place of many of Hollywood's famous names, including Humphrey Bogart, Errol Flynn and Walt Disney before making a stop at Los Angeles Union Station.

Alongside the Old Pacific Highway to San Diego
The Pacific Surfliner negotiates the urban sprawl extending southwards from Los Angeles and travels through the cities of Orange County, finally reaching the Pacific Coast just after San Juan Capistrano. The train runs parallel with the Old Pacific Highway, closely following the coast, giving us the opportunity to enjoy the wonderful views over the Pacific Ocean and the surfers riding its waves. The final stretch of our journey takes us through the coastal cities of Oceanside, Solana Beach and Del Mar to historic San Diego, California's second largest city and the Pacific Surfliner's terminus. 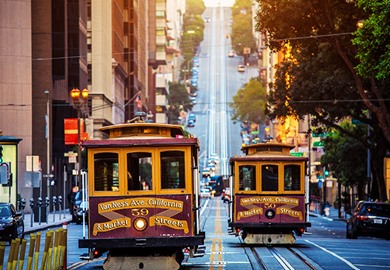 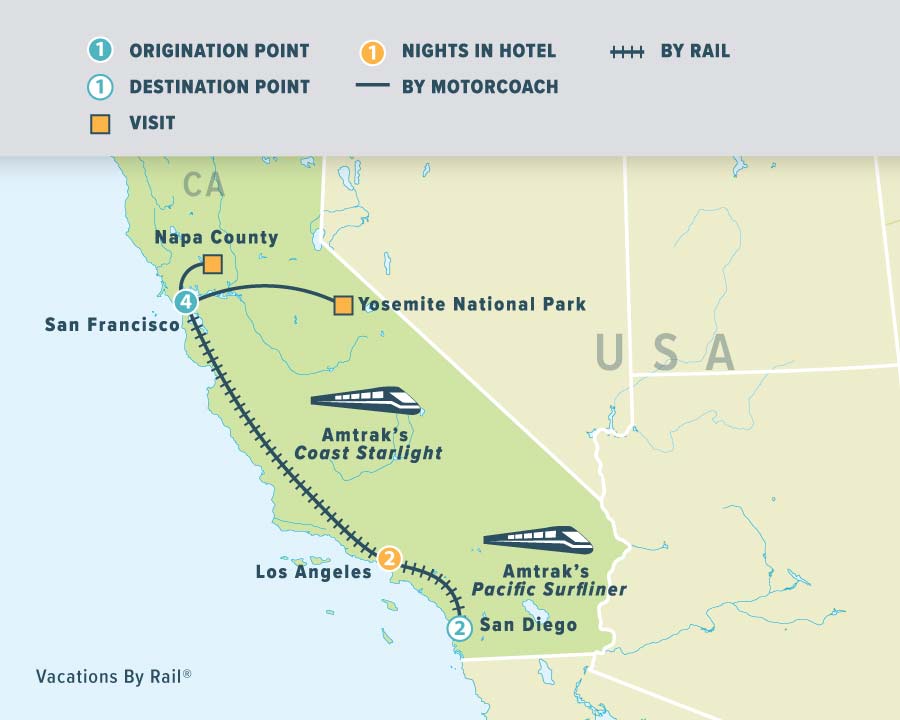