Imagine traveling from Barcelona to Madrid in under three hours without stepping foot in an airport. Think of all the time to gain sightseeing and city immersion by traversing between Barcelona and Seville in five hours, rather than the ten it takes to drive. For nearly 30 years, the Alta Velocidad Española (AVE) train network has made these journeys and many others possible as the premier choice for high-speed intercity travel in Spain.

Throughout the years, route offerings have expanded from coast to coast - and from north to south - to include cities like Málaga, Segovia, Valladolid, Valencia, Figueres, Zaragoza, Albacete, and, of course, Barcelona. Because AVE operates on standard-gauge tracks, it can also connect with France's high-speed rail line to further the route possibilities. Since the introduction of the high-speed train, over 89 million travelers have chosen AVE for their commuting and traveling needs.

Spacious modern surroundings onboard the train offer an elevated experience for all guests. Standard offerings include free Wi-Fi, power outlets at every seat, personal radios with free headphones for on-train usage, and screens playing popular Spanish films. There is a Buffet Car with snacks and drinks and a mobile bar for refreshments. Further amenities are offered based on the class of service.

Modeled after France's TGV yet in a league of its own, the AVE sets the bar high for express rail travel. The line's fantastic routes throughout Spain entice travelers, but the attention to detail, prompt service, and top-tier amenities keep them returning time after time. 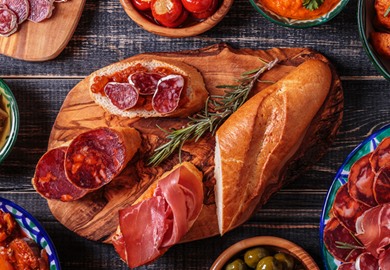 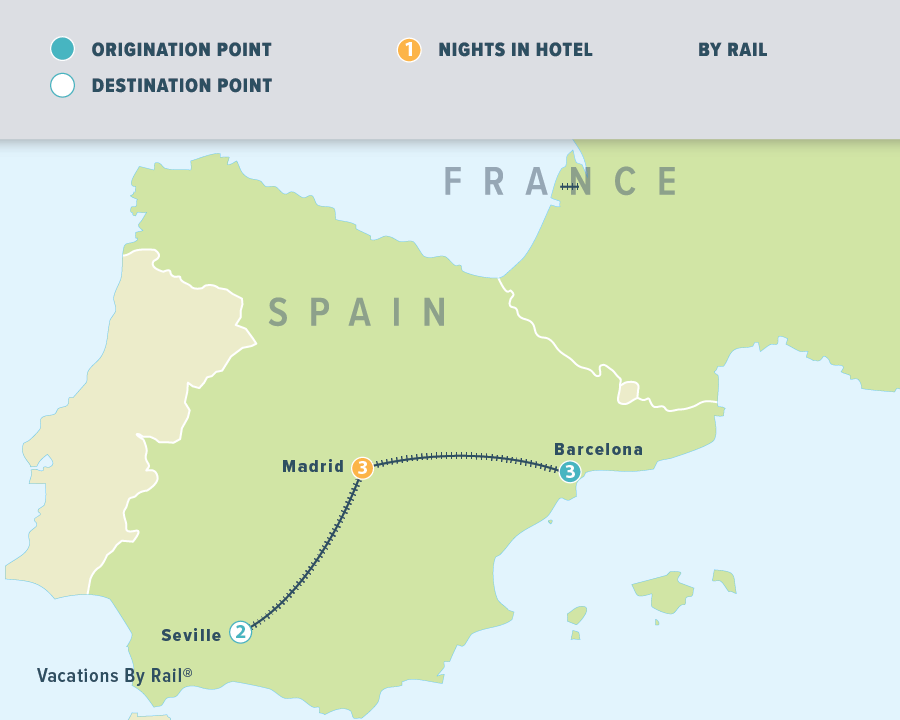 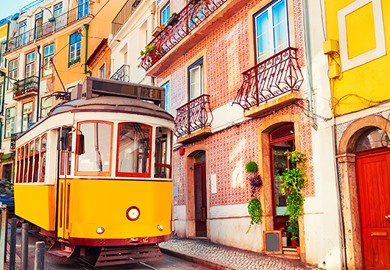 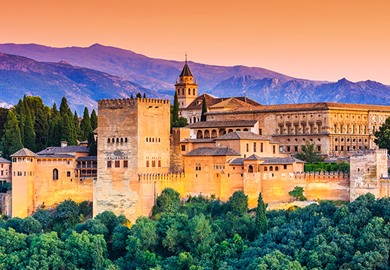 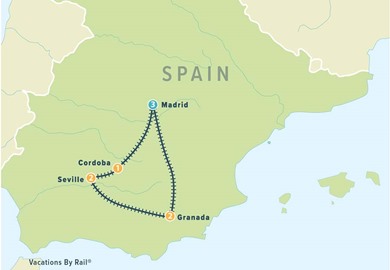 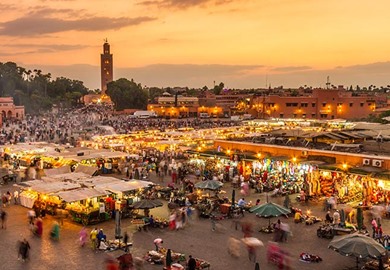 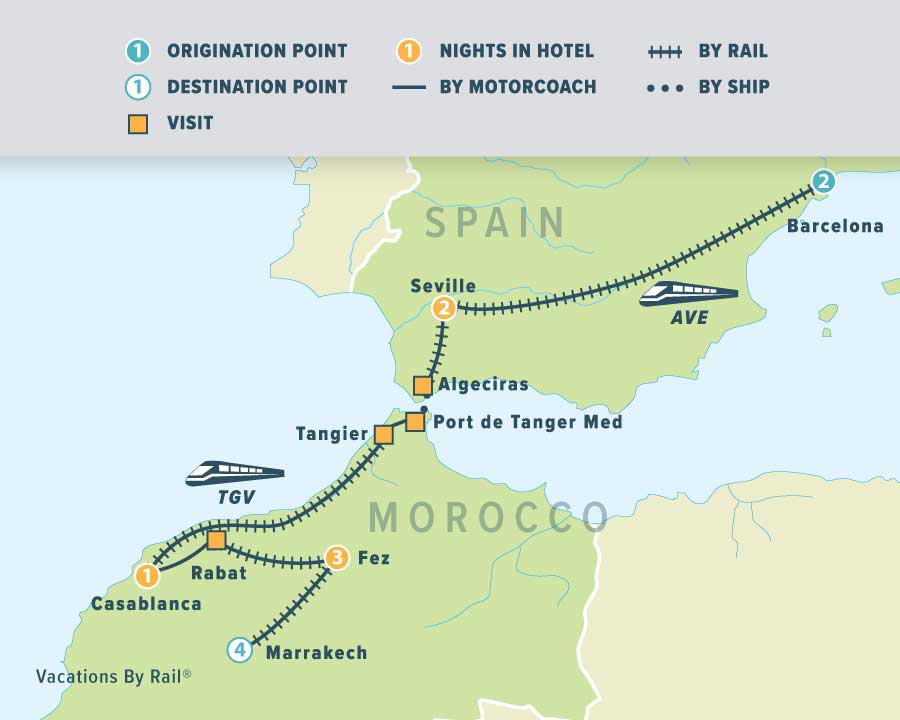 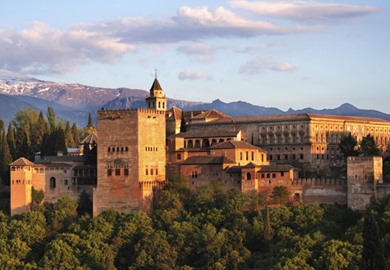 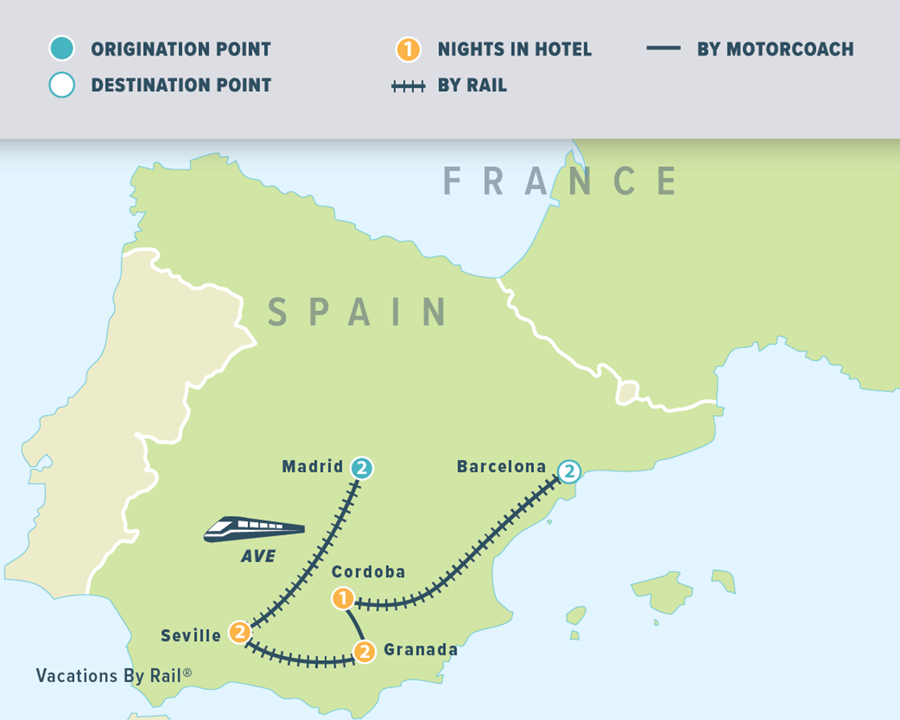 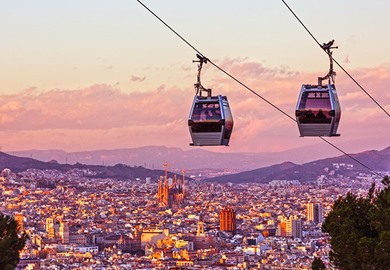 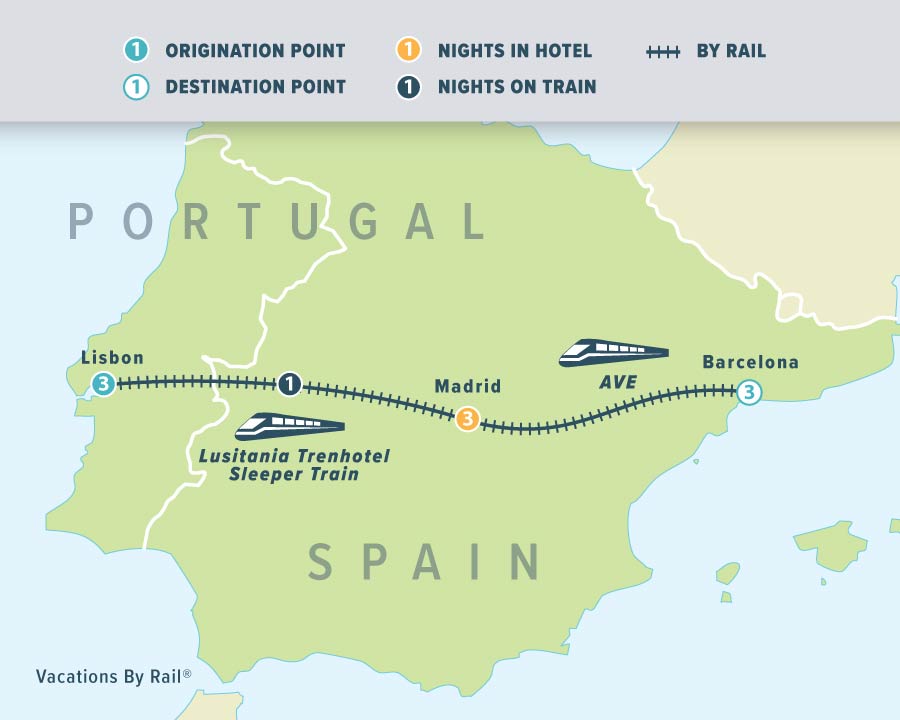