By land and sea, experience the massive glaciers, majestic mountains and pristine national parks of America's Last Frontier, Alaska. Select an Alaska vacation package that best suits your travel preferences and enjoy options that range from daylight-only railway journeys to Alaska cruise and train tours that depart from Canada or from the USA. While you travel, experience popular destinations, such as Juneau, Anchorage, Talkeetna, Fairbanks, Denali National Park and Kenai Fjords National Park, while colorful frontier history come to life. A cruise and land tour is an ideal combo allowing you to uncover even more of Alaska's pristine wilderness and fascinating cities.

Depending on where you start your trip, an Alaska vacation can include travel on Amtrak trains or aboard the legendary Alaska Railroad. In 1903, the privately-owned Alaska Central Railway began constructing the rail line in Seward and created a route that extended 50 miles north. Today, the Alaska Railroad stretches much further - 470 miles north to Fairbanks via Denali National Park. In fact, the railroad was the catalyst behind the tourism boom in the national park. Your Alaska vacation package may also include a cruise tour to Alaska departing from Vancouver or a flight across the Arctic Circle to view the colors of the Aurora Borealis as they dance across the sky. Some tours incorporate time in the lower 48, as well, such as the Yosemite & Denali National Parks with Cruise 18-day tour that departs from San Francisco and includes a visit to Yosemite National Park in California before continuing north for an Alaska cruise and train trip. 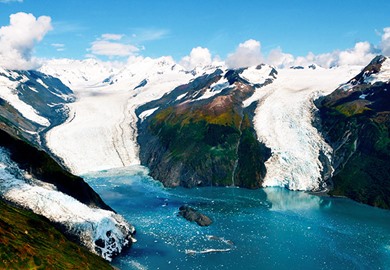 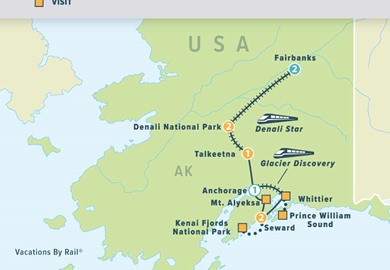 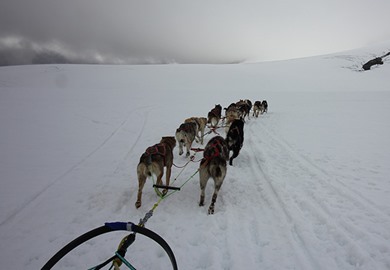 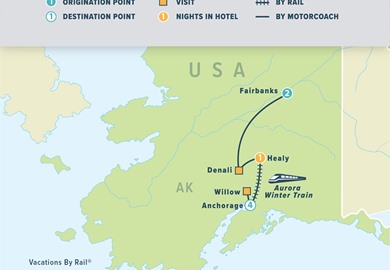 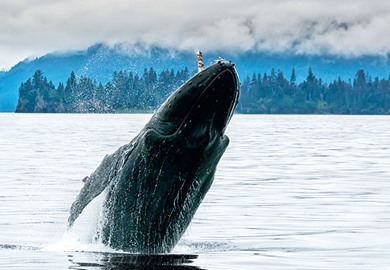 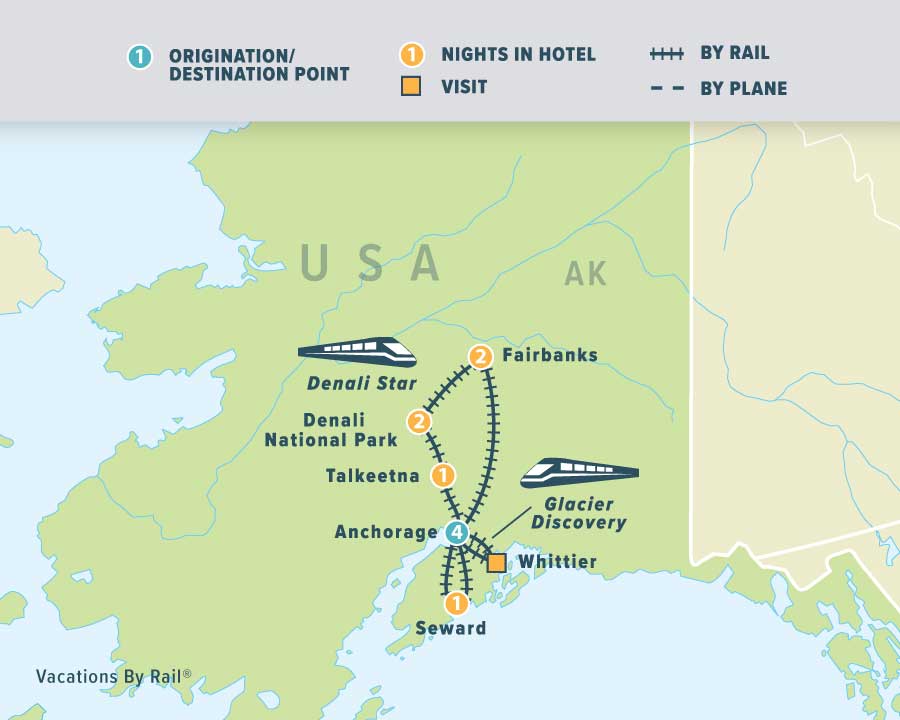 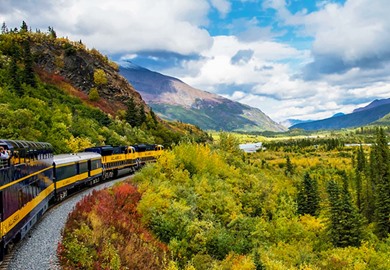 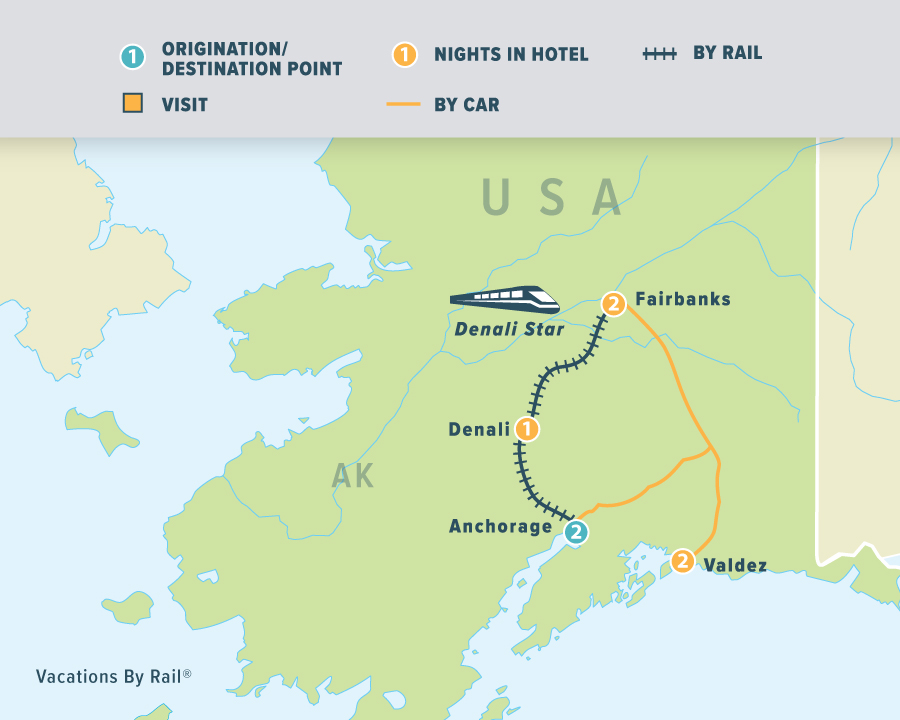 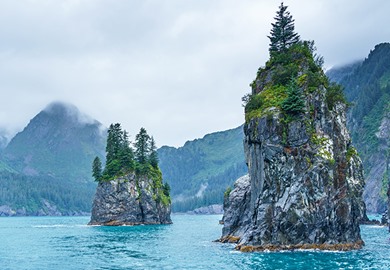 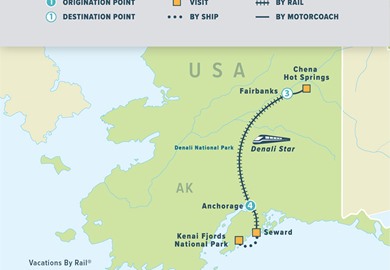 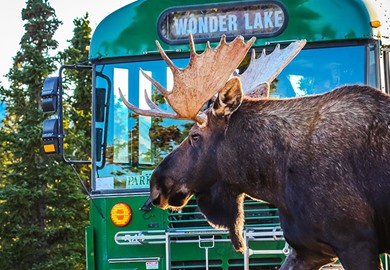 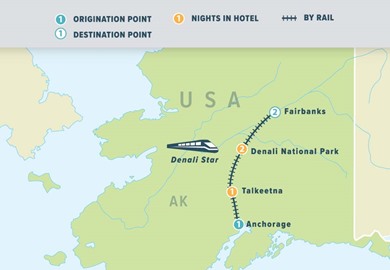 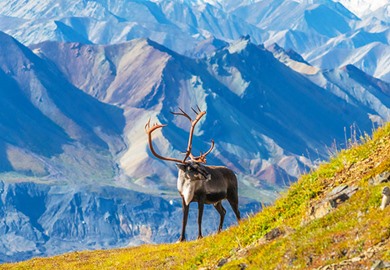 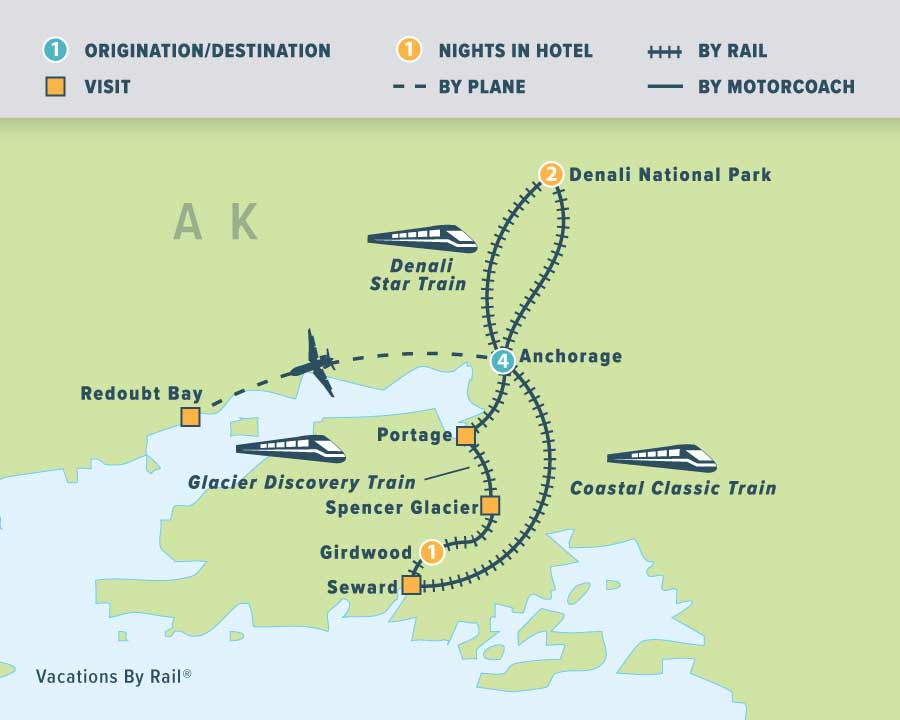 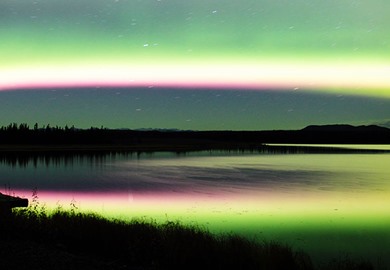 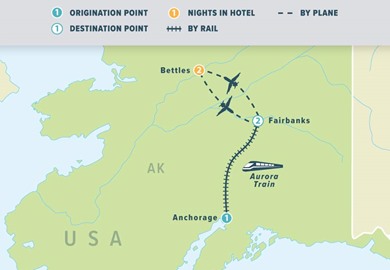 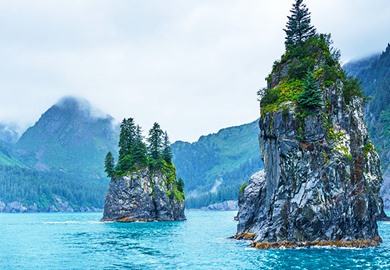 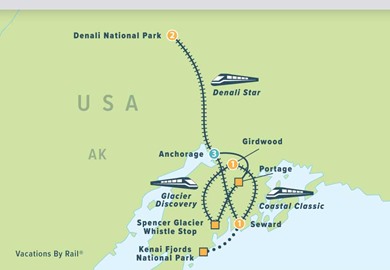 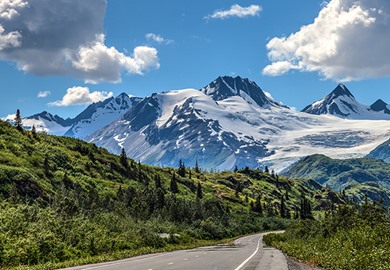 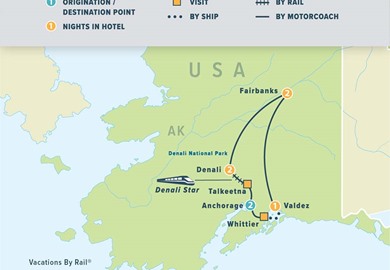 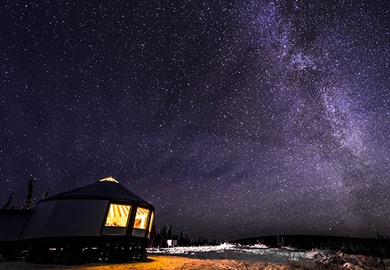 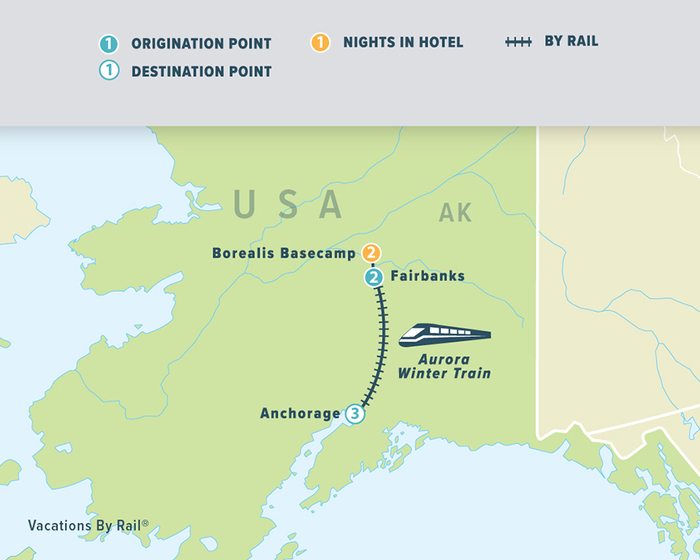 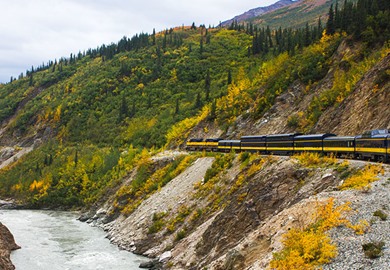 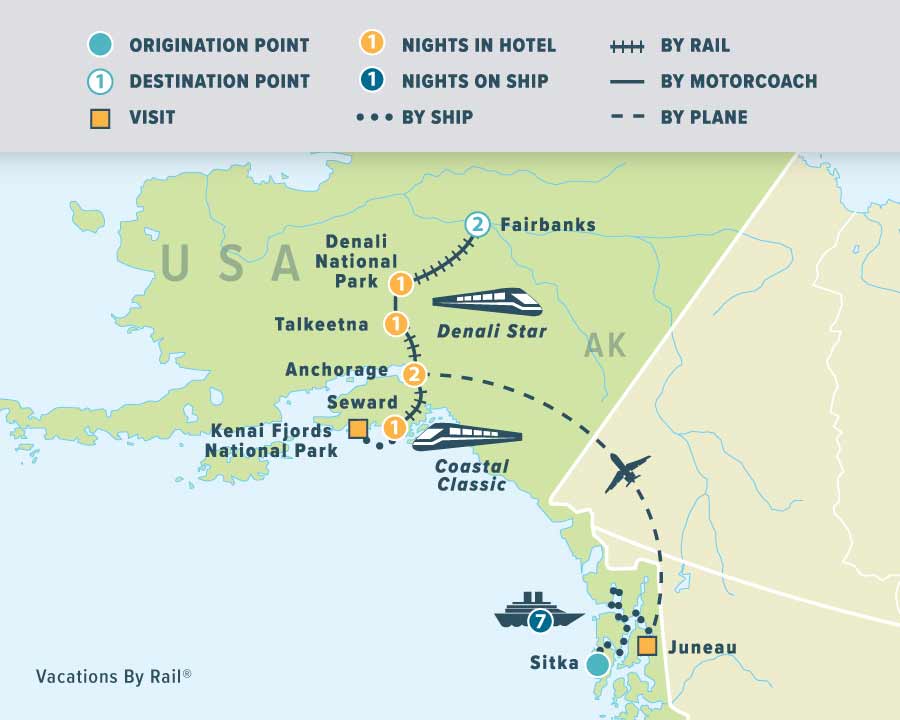 “This was a wonderful trip thru BC by train and Alaska by sea. I couldn't ask for much more. Thanks guys for planning this trip for me. Fantastic retirement vacation ??. C U SOON!!!
Collected by Trustpilot
Alaska the Greatland
JACQUELIN JARDINE

“The experience was fabulous. It was the first tour for my husband and me. We thoroughly enjoyed ourselves and learned a lot from Mark, our tour guide and Joe, our bus driver. Thanks for the great memories.
Collected by Trustpilot
Alaska by Day
GEORGE L LITTLE

“Every reservation and instruction was perfectly clear and ready for us. We loved the variety of places and activities. We would definitely recommend this trip!
Collected by Trustpilot
Rocky Mountaineer & Alaska by Sea
Rod

“Excellent itinerary, well arranged. Only real issue was that one day in Denali Park is much too short, need two or three.
Collected by Trustpilot
Glaciers, Trains & Trails of Alaska
Kimberly H, North Richland Hills, TX

“We had an amazing time and everything was so professionally done! All the connections with the trains were easy and accommodations were super nice and fun!
Collected by Vacations By Rail
Alaska by Land and Sea Featuring 3 nights in Denali
DARYL

“I have and will continue to recommend this company. I also plan to use Vacations by Rail for some future travels.
Collected by Vacations By Rail
Canada's Rockies & Alaska Cruise
DONALD

The Adventure That Comes with Visiting Alaska in Summer

A season of warm temperatures and vast wildlife welcomes you to the Last Frontier, and these are just two reasons you should visit Alaska in summer.

If you want to vacation in Alaska without draining your savings account, follow this handy guide that details the best timing for the cheapest Alaska trip cost.