The Top Reasons Why You Should Take a Danube River Cruise

From the Black Forest to the Black Sea, look upon beautiful scenes of ten countries from the calm waters of the Danube River. The Blue Danube, as it has come to be known, is one of the longest rivers in Europe and is a perennial favorite with cruise enthusiasts. Is it the spectacular cities in the heart of Europe or the astounding vistas? When you embark on an all-inclusive river cruise, you can decide for yourself. Here are ten reasons why you should take a Danube River cruise.

1. The Natural Scenery Along the Danube is Glorious

As the blue-green waters weave through the continent, the shores present an interesting mixture of urban and rural scenery. Riverside towns give way to pristine landscapes seemingly untouched by the hands of time. From river cruise ships, travelers can look upon terraced vineyards and rolling foothills. Eventually, these vistas become even more dramatic, with gorges, mountains, and thick forests framing the water. Soaring limestone cliffs add yet another texture to the panoramas. As some of the most scenic stretches of the river come into view, make your way to one of the window-lined lounges or the top decks of the vessels for the very best perspectives.

In addition to peaceful nature scenes, Danube River cruises pass by an endless list of incredible cities. Many cruises begin in Budapest, where culture is aplenty and inspiring architecture, both historic and modern, fill the skyline. Some of the unique buildings are visible from the water and setting off on the romantic Danube at night showcases them in all their illuminated glory. There are several other capital cities along the river, including Bratislava, Vienna, and Belgrade, as well as a handful of major metropolises, such as Passau, Ruse, Linz, and Regensburg. Smaller towns, like Dürnstein and Melk, and other riverside destinations further complement the beautiful route and make every day an adventure.

3. Memorable Routes along the Danube River

Not all Danube River cruises follow the same route, allowing cruise enthusiasts to choose the portion of the river most appealing to them. Some itineraries focus on the offerings of the upper Danube, following the river between Hungary and Germany, stopping at a border city in Slovakia and fascinating Austrian port cities before arriving at the disembarkation point. Some of the most scenic stretches come as the river cruisers venture through the Danube Bend in Hungary and enter the Wachau Valley in Austria.

The lower reaches of the Danube feature locales that, while beautiful, historic, and filled with interesting sights to behold, are lesser-seen. A lower Danube cruise may also begin in Hungary; instead of venturing northwest toward the Black Forest, the vessel makes its way toward the Black Sea. Small towns and beautiful cities dot the shorelines of Croatia, Serbia, Romania, and Bulgaria during the voyage, presenting a new layer of culture to uncover. As you travel this portion of the river, grab a front-row seat for the Iron Gate, a stunning gorge between Serbia and Romania.

For an even more in-depth experience on the Danube River, look for a grand cruise that explores both portions of the river. 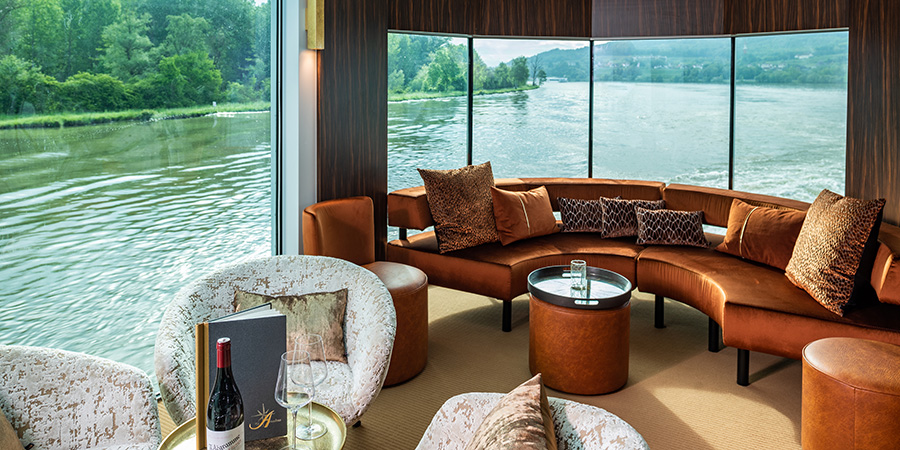 While capital cities feature large-scale amenities and offerings, often, it is the smaller towns and quaint villages straight out of the Middle Ages that make the biggest impression during your travels. And this is one of the best reasons to take a Danube River Cruise: It is easy to dock almost anywhere. Because of the compact size of the ships on which these journeys take place, there is no need to wait for elaborate ports of call. In many cases, the boats can pull up to the shore alongside the road, putting you near the heart of the city, even if an appropriately-sized harbor is not available.

Furthermore, your route is not restricted from tighter stretches of the waterway, where, perhaps, dramatic cliffs close in on the riversides and larger vessels cannot pass. All of the luxurious amenities river cruisers have come to expect are split between no more than four decks on ships that are typically between 300 and 400 feet long. 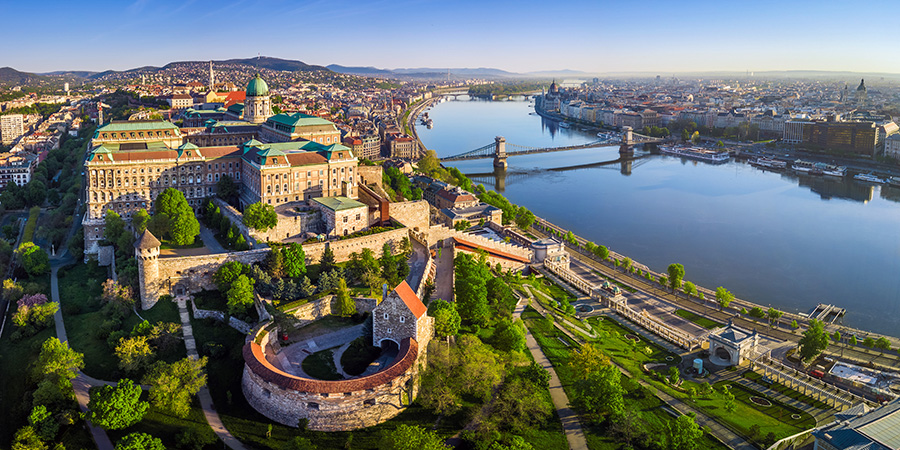 5. Immense History and Culture are Bedrocks of the Region

Centuries of trade, travel, and conquering gave birth to the beautiful cities that line the Danube River's shores. Roman Emperors took to the water to create their prolific empire, and kings, dating to King Richard I, sailed throughout Central and Eastern Europe to travel and reign upon their lands. It is no wonder that history and the Danube go hand in hand. Look upon hilltop fortresses and strongholds ruined over the centuries. Enjoy shore excursions through cities whose buildings were constructed hundreds of years ago and whose narrow, winding roads uncover secrets left behind by those before you. Whether your trip includes guided walking tours of the cities or visits to monasteries, ancient basilicas, or well-preserved castles, there is much to discover along the banks.

6. Timeless Music Connects You to the Past

It is no secret that music plays a vital role in connecting people, and the piece that was composed in the shoreline cities of the Danube River is perhaps some of the most recognizable worldwide. Many notable classical composers have called its banks home, specifically the city of Vienna, which, thanks to its idyllic position, has been an important economic center since the 11th century. Artists like Beethoven, Mozart, Schubert, Haydn, Strauss, Schubert, and Schoenberg composed in Vienna during their lifetimes. Their music lives on, with numerous places to listen to string quartets and orchestras performing classical music.

Even beyond the beautifully composed notes of Vienna, Hungary's traditional folk music offers further insight into the sounds of the Danube. There is no experience quite like listening to songs passed down through generations while watching costumed dancers perform traditional dances.

The fertile land surrounding the Danube River springs to life with lush greenery during the spring and summer months. Most notable of these plants: grape vines. As the Romans expanded their reach throughout central Europe, they brought their drink of choice, wine. As its popularity grew and spread throughout southern and central Europe, more and more countries planted vineyards and started producing fruitful blends highlighted by their local environments. Those ten countries that touch the Danube are no different, with each offering rolling vineyards as part of their appeal.

A Danube River cruise is a vinous adventure, passing through multiple wine regions during its course. One of the most popular is Austria's Wachau Valley; however, there are also fantastic providers south of Budapest in the Danube Plains and tucked between the river and the Carpathian Mountains in Romania. Wine tastings, either onboard or as a shore excursion, are an excellent complement to your scenic adventure. 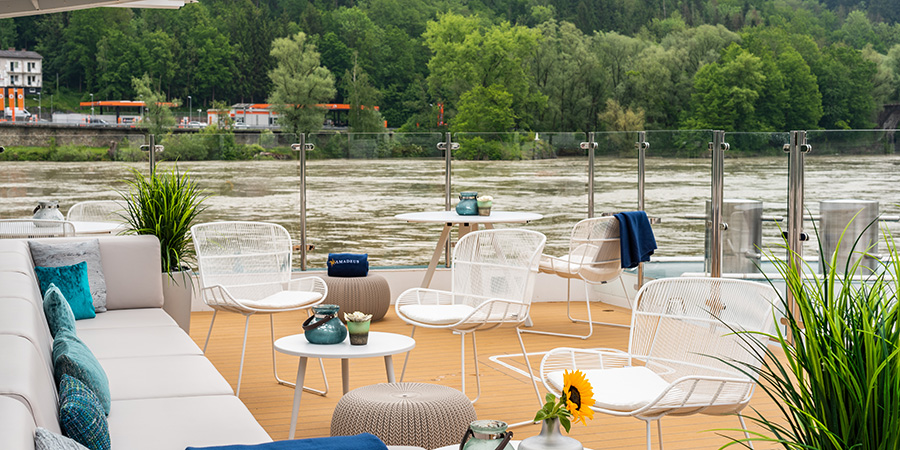 8. Each Season Brings Something New to See on the Danube

The parts of Europe through which the Danube flows are subject to the changes of all four seasons, which means each cruise through its gentle waters provides a new outlook on the landscape. Sail in the frigid waters in winter to experience the Christmas Markets that pop up in places like Regensburg, Passau, Vienna, and even Budapest. In the spring, the snow begins to melt from the surrounding mountain peaks, and the landscape takes on a new life. Summer brings excitement to municipalities of all sizes along the river. You may see fishermen out on their boats and more wildlife in the wild-open spaces. Fall's beauty is different- composed of a kaleidoscope of fiery hues brought on by the changing of the season. 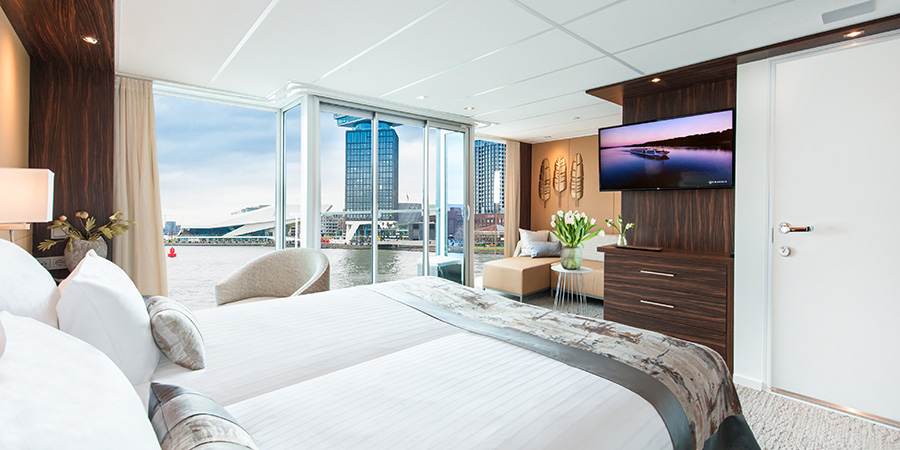 One of the best things about joining Danube River Cruises is that everything is included. The onboard chefs prepare meals that speak to the flavors and traditions of the region through which you are cruising. Think goulash in Hungary and schnitzel in Austria. There are plenty of other choices, too, to accommodate all palettes. Furthermore, delicious wines and beer are complimentary with dinner, and soft drinks are available at all times.

Overnight, rest your head on the sumptuous fabrics of your private cabin or suite. Each room on the river vessels is designed with your comfort in mind. Even the common spaces, such as the restaurant, lounges, and decks, ensure each moment on the ship is fulfilling. Onboard presentations and performances only add to that idea. As you dock in destinations along the Danube, whether quaint or large, enjoy supplementary excursions that explore their intricacies and highlights. From Vienna's grand Parliament Building to the Melk Abbey and Regensburg's carefully preserved medieval center, the optional outings fill your days with wonder.

10. See What All of the Hype is About For Yourself

Literary mentions of the Danube River, both of its beauty and the offerings of those cities that line its shores, span centuries. Movies have been set on its shores throughout film history. Come see why Europe's second-longest river has inspired artists throughout the ages. We bet you will find inspiration, too.

Sustainable Travel: How Train Travel Can Lower Your Carbon Footprint

Trains remain at the top of the list of sustainable travel options, making them the ideal mode of transportation for the eco-conscious traveler.

8 Things to Love about Rocky Mountaineer