A Journey to Remember: Across Canada in 17 Days

Canada is a land of contrasts, teeming with opportunity and solitude. In the cities, diverse architecture collides with world-class dining, unbelievable amenities, and fascinating history. Incredible wildlife, breathtaking scenery and the true serenity of nature come to life as the city lights fade into the distance. Take in the best of each - and the beauty of what lies in between - with a journey across Canada in 17 days. What can you experience in these 17 days? Imagine the possibilities.

Begin your Canada Coast to Coast by rail tour in Vancouver, a beloved West Coast destination that offers a mild climate and an incredibly natural vibe with easy access to the North Shore rainforest. Views of the water abound, and one of the best spots to take a peek is from the seawall in Stanley Park. There are beaches; fascinating museums, such as the Vancouver Aquarium and Science World; a variety of neighborhoods to explore, including Vancouver's oldest, Gastown; and a dynamic food scene, which features an incredible mix of pub fare, international cuisine and some of the world's best fresh seafood. 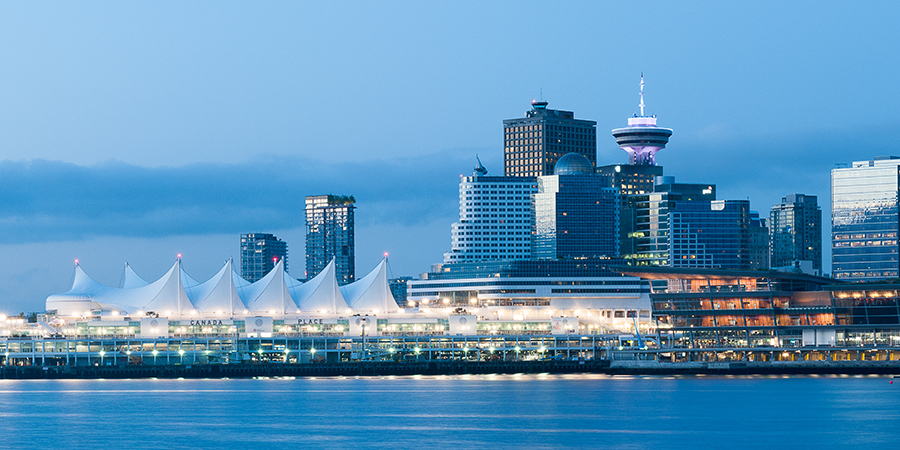 Vancouver is also known for being the Gateway to the Rockies with two major train lines departing Vancouver and chugging into the heart of unbelievable beauty. Board the daylight-only Rocky Mountaineer and settle into your choice of onboard accommodations to witness the subtle and prolific changes in the landscape as the train moves toward Kamloops. While a brief stop on this 17-day voyage, Kamloops is a destination in and of itself. Situated in British Columbia's interior, the city is filled with outdoor adventures, ranging from hiking, mountain biking, golf and fishing in the summer to skiing, snowboarding and ice skating in the winter. Visitors can sip wine at one of the four wineries in Kamloops, all while gazing over stunning mountainscapes, or enjoy a craft beer at one of the microbreweries and taprooms.

Moving deep into the heart of the Canadian Rockies, the resort destinations of Banff, Lake Louise and Jasper lie ahead. As the Rocky Mountaineer arrives in Banff, it quickly becomes evident why the Rockies are a premier destination for travelers from all around the globe. Carve out time to explore these sought-after destinations and discover Banff's hot spots, such as Bow Falls, Lake Minnewanka and the Hoodoos. The Banff Gondola offers an excellent opportunity to get a new perspective on the town and the Bow Valley from the top of Sulphur Mountain 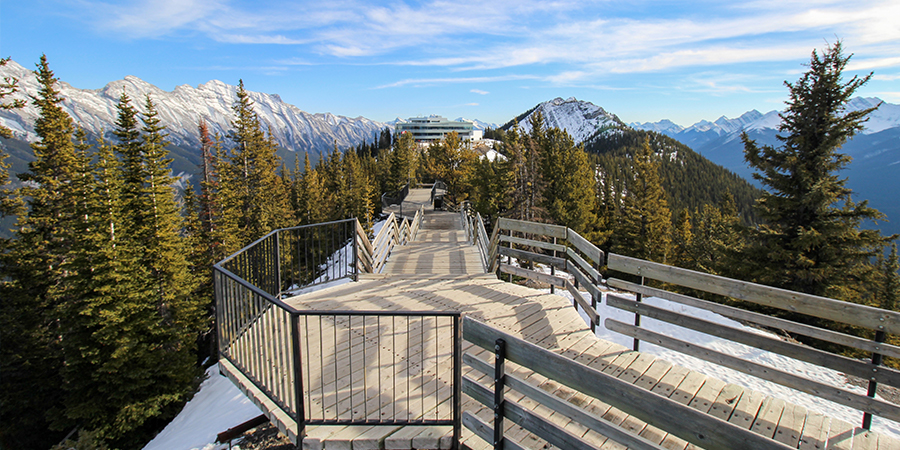 Take a scenic ride from Banff to Lake Louise for a journey to remember. En route, travel through Yoho National Park, out to Takakkaw Falls past one of the most impressive engineering feats of the 20th century, the Spiral Tunnels, and to some of the most picturesque bodies of water the Canadian Rockies have to offer, Lake Moraine, Emerald Lake and, finally, glittering Lake Louise with the massive Victoria Glacier looming before it and the iconic Fairmont Chateau Lake Louise steps away.

What would an all-encompassing tour of Canada be without a ride along the Icefields Parkway? Head towards Jasper with the promise to stop at the Columbia Icefields for a ride out onto Athabasca Glacier aboard an Ice Explorer. Arrive in the resort town of Jasper, a Dark Sky Preserve within easy reach of many natural and manmade attractions. 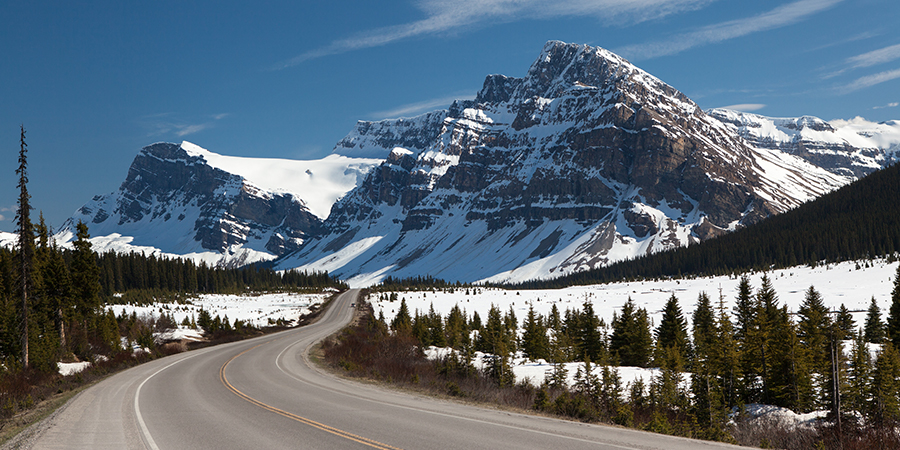 Step back on the rails in Jasper, this time aboard VIA Rail's Canadian, which provides passage through the vast Canadian interior to Toronto. Over the course of three days, the train moves in and out of charming towns, along waterways and through vast expanses of wilderness as it makes its way through Alberta, Saskatchewan, and Winnipeg. The golden hue of the Central Plains gives way to the beauty of Ontario as the Canadian approaches Toronto. In addition to viewing the scenery, passengers enjoy onboard entertainment, delicious meals and delightful encounters with fellow travelers as the journey progresses. 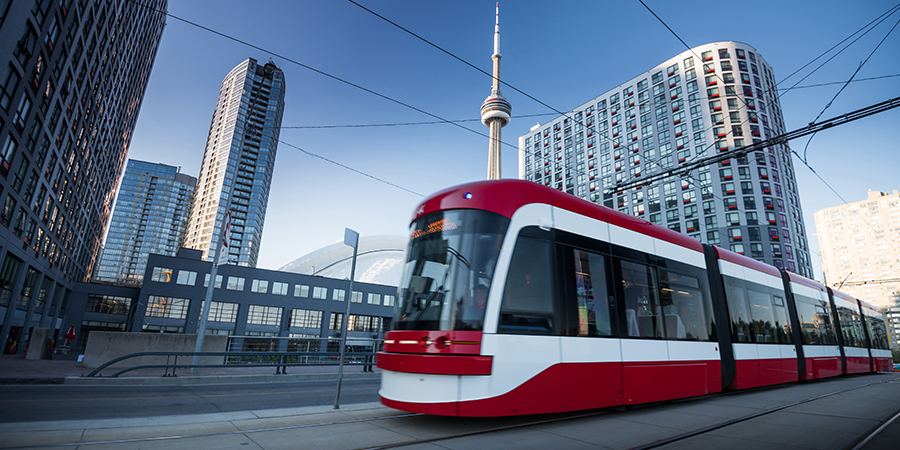 A true metropolis, Toronto offers a little bit of everything to its visitors. The art scene in the city is vibrant and sustained through a plethora of independent art galleries and larger museums, such as the Art Gallery of Ontario. The Royal Ontario Museum, the Hockey Hall of Fame and Casa Loma help tell the history of the region, while a dynamic look at both the past and present of Toronto is exemplified through the diverse food of the city. No visit to Toronto is complete without a visit to the CN Tower, and, of course, Niagara Falls is within easy reach. Vacations By Rail's Canada Coast to Coast vacation carves out a full day for an excursion to enjoy the waterfalls, history, and beauty of this natural wonder.

Continue east to Montreal aboard VIA Rail's Corridor Service train, following the banks of Lake Ontario before weaving in and out of small towns and past beautiful forests. The city is teeming with culture, from its museums and cathedrals to its festivals and interesting neighborhoods. A tour of the city presents a look at some of the best sites, including Notre-Dame Basilica, Mount Royal and Olympic Park, where the 1976 summer Olympics were held. A trip to Montreal is not complete without walking through the romantic streets of Old Montreal, a visit to the Biodome or a taste of the bagels and smoked meats the city is famous for. 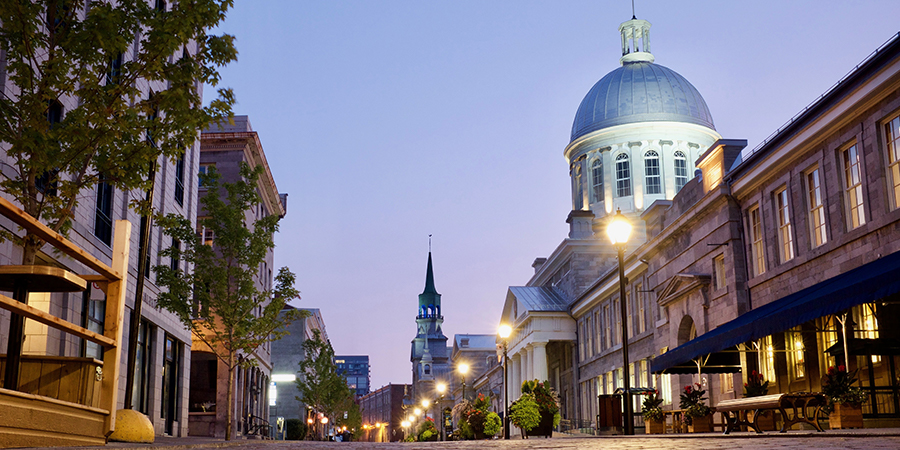 Once again aboard VIA Rail, the voyage wraps up as its East Coast overnight train, the Ocean, takes passengers out of the city and into the Maritimes of Canada. Lighthouses, quaint villages and scenic views aplenty, this coastal region has so much to offer visitors. As the train stations in Halifax, travelers have officially made their way from the West Coast of Canada to the East. The amazing history of Halifax is apparent at every turn, from the Citadel National Historic Site to Peggy's Cove Lighthouse. Downtown Halifax is brimming with boutique stores and local eateries, as is the boardwalk. There are historic properties to be explored, meticulously maintained public gardens and informative museums, including the Maritime Museum of the Atlantic that holds information about the Titanic. Nova Scotia's capital city is undoubtedly a memorable conclusion to an already unforgettable journey. 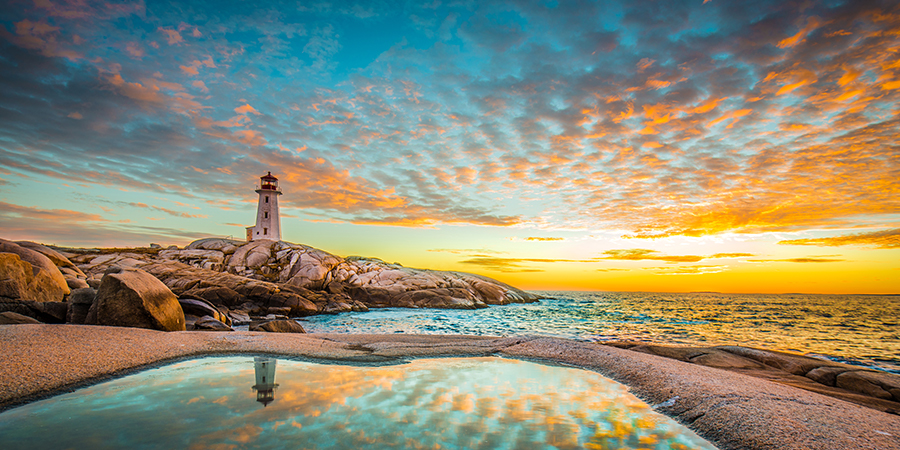 Seventeen days of opportunity, adventure and spectacular sights; just over two weeks of fascinating cities, charming resort towns and open stretches of wild Canada; one trip of a lifetime. Let Vacations By Rail be your guide.