Is there anything more quintessentially American than a road trip? A long route through multiple states, moving with the land as you explore new destinations. What if there was a way to get the "road trip" experience without the planning or need to watch the road as you travel? Train journeys are perhaps the best way to watch the subtle changes in the landscape as you move state to state, and from the comfortable chairs of sightseeing lounges or in your private accommodations, you are in a prime position to take in the views. Luckily, there is no shortage of scenic train routes to follow in the United States, thanks to Amtrak. Discover over 500 Amtrak destinations in 46 states aboard these comfortable long-distance trains, all while enjoying sights that often go unseen on the open road. Get ready for the adventure of a lifetime; these are three of the best Amtrak routes in the United States.

All aboard the Amtrak Empire Builder for a 2,200-mile journey through the Wild West. Departing Chicago, this train crosses the Mississippi River and follows portions of Lewis and Clark's original route before spanning the plains of North Dakota and entering Big Sky Country in Montana. The train passes through the wild panoramas of Glacier National Park, offering incredible views of snow-capped mountains, and crosses the Continental Divide as the route continues west. As the Empire Builder approaches its final destination-either Portland or Seattle, depending on your travel preferences-enjoy views of the Cascade Mountains and the Columbia River Gorge. 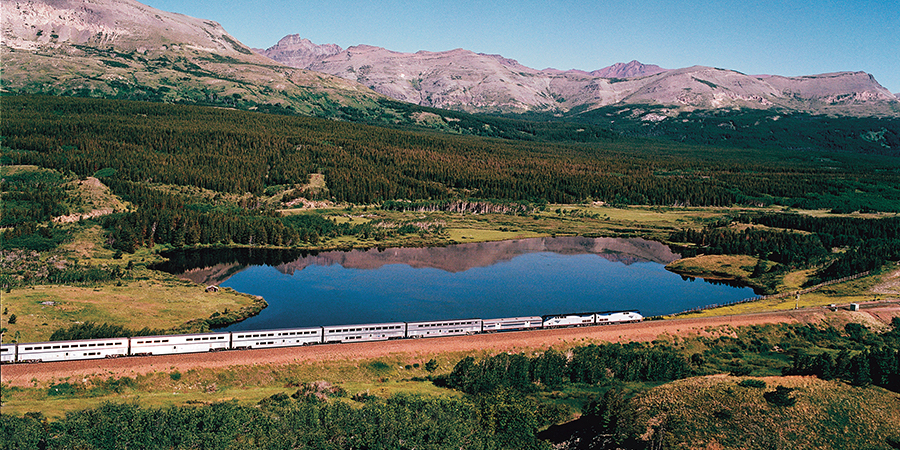 Often noted as the most scenic train route in America, the Amtrak California Zephyr offers an unforgettable expedition from the Heartland to the West Coast. Begin the 2,440-mile journey in Chicago, traveling through pastoral scenes of corn and wheat as the train dips down through Illinois, Iowa and Nebraska. Approximately halfway through the route, the elevation begins to increase until you are amidst the dramatic peaks of the Colorado Rockies. The train cascades through verdant valleys, passes through carved tunnels and follows high mountain passes, all the while presenting the best of the Rockies. Take in the vistas from the glass-domed sightseer lounge as the train proceeds across the Continental Divide and into the colorful deserts of Utah. The show does not stop there, though. Enjoy pictorial vistas of the Sierra Nevada Mountains ahead of your arrival in Emeryville, located just outside the City by the Bay, San Francisco. 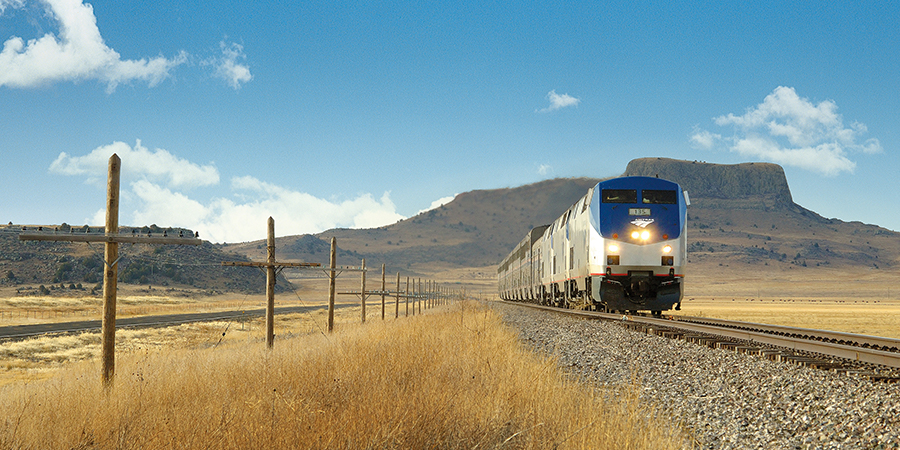 The gleaming waters of the Pacific Ocean lead the way when you take a trip on Amtrak's Coast Starlight. The journey of nearly 1,440 miles is bookended by two fantastic cities, Los Angeles and Seattle, and travels via several other fantastic destinations, including Sacramento and Portland. The Coast Starlight is celebrated as another one of Amtrak's most beautiful routes and includes over 350 miles of pristine California coastline. Watch the waves crash against the rocky shores and marvel at the cliffs along the Pacific Coast Highway. As the train weaves inland, views of lush temperate forests and expansive valleys overtake the backdrop. Mount Hood, Mount Rainier and Mount Shasta come into view as the route presses north toward its final station in Seattle. 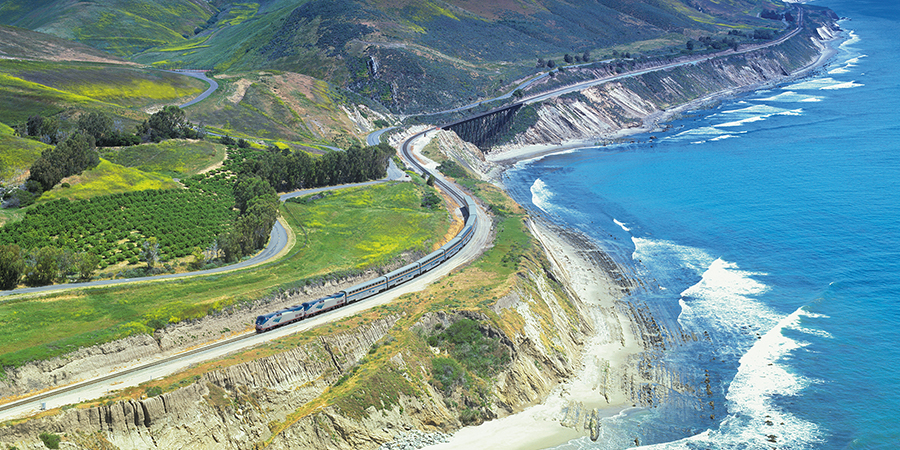 Journey on one of these scenic routes and enjoy a choice of overnight accommodations aboard these long-distance trains, meals in the dining car and the experience of exploring the amazing landscape of America from the lounge cars. Sit back, relax and see where the route takes you. Contact Vacations By Rail to begin planning your rail vacation.