Boreal rainforests flow into the foothills of wide-spanning mountain ranges and sweeping plains covered in tall prairie grass abut groves of evergreen trees. In its stark beauty, the Arctic tundra sits as a crown atop the Northern Territories. All of this is contained within the second-largest country globally and is wrapped in over 151,000 miles of pristine coastline. Welcome to Canada.

The deliciously wild landscape of Canada makes it the perfect habitat for wildlife and marine life to roam freely. With over 200 species of mammals, nearly 500 bird species, and hundreds of fish species, including whales, no matter where you find yourself, you are bound to spot something. However, to enjoy Canada's nature best, consider booking a rail vacation package to explore these destinations. 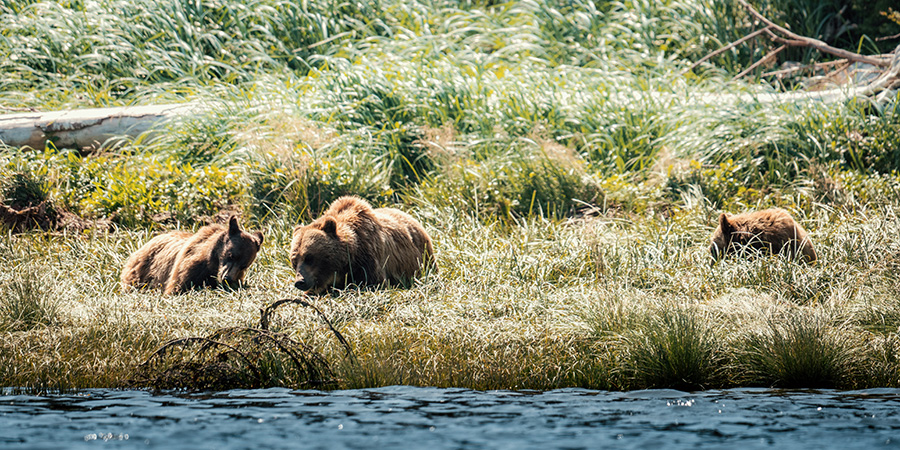 Accessible only by boat or float plane, the Knight Inlet on British Columbia's coast is one of the best places in North America to see bears. This hidden gem is tucked within the Great Bear Rainforest and is home to giant grizzlies, black bears, and the elusive Kermode Bear, or Spirit Bear, a unique type of black bear that sports light, cream-colored fur. The fjord has a bountiful salmon population that keeps the local bears fed and happy and fishermen coming back for more.

As you explore, keep your eyes peeled for animals like cougars and wolves, who also make these temperate forests their home. Spot bears from the water on a cruise through the local estuaries or on one of the viewing platforms throughout Knight Inlet. Visitors may be lucky enough to see orcas, humpback whales, dolphins, and porpoises breaching in the surrounding water or wide-winged bald eagles soaring overhead.

Combine your time on the Knight Inlet with visits to some of Canada's most recognizable national parks for a triple dose of animal expeditions on our 11-day Grizzly Bears of Knight Inlet with Jasper & Banff tour. 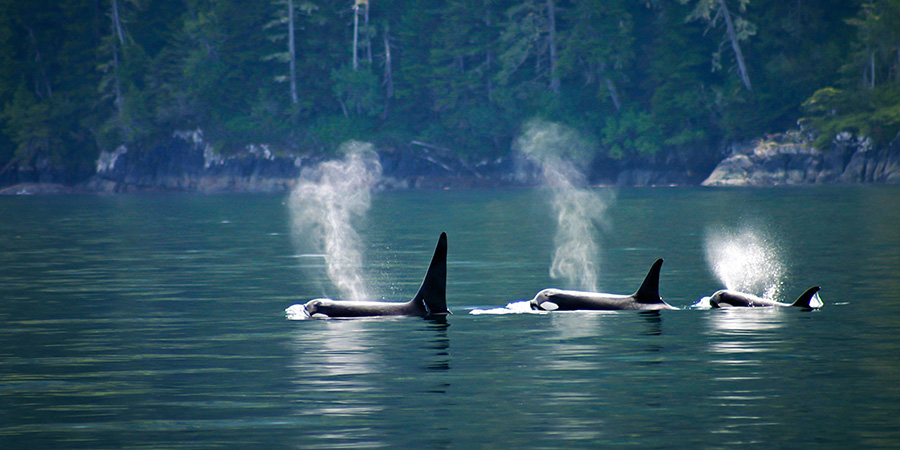 Nature can be found just about everywhere in Canada, even on scenic islands off the mainland's coast. The perfect example is Vancouver Island, the country's second-most populated island. One might think this would limit the amount of untamed terrain available to the wild; however, this is one of the best places in Western Canada for whale watching.

The area between Vancouver Island and British Columbia, the Johnstone Strait, is home to the world's largest pod of killer whales and numerous other marine creatures. Minke, gray, and humpback whales also call these waters home, as do seals, sea lions, otters, and porpoises. Seabirds dip into the water for fish, and on the shores, you may see bears hunting for their day's catch. Vancouver Island's boreal rainforests house deer, elk, cougars, and wolves. Keep your camera handy here.

For an independent adventure on Vancouver Island, consider extending your stay on any Western Canada rail vacation and adding time at leisure in Victoria. 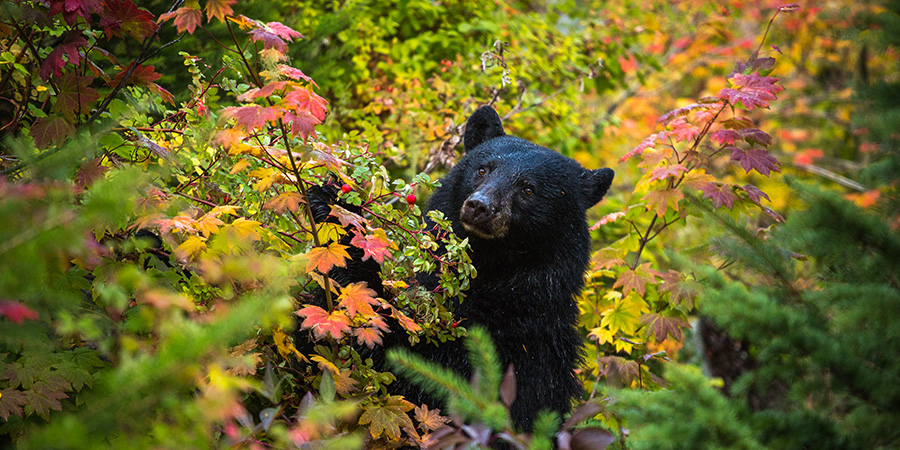 Dramatic peaks pierce the sky in the Canadian Rockies. Glaciers punctuate the landscape between the peaks and feed into sparkling lakes in brilliant hues of turquoise and green. This majestic mountain range straddles the boundaries of British Columbia and Alberta and spans almost 1,000 miles. Within the range, seven national parks protect the land and keep it wild - two of the most popular: Banff National Park and Jasper National Park.

Banff was established as Canada's first national park in 1885 and is a fantastic place to observe giant mammals and smaller animals alike. Look upon black and brown bears, marmots, bighorn sheep, Dall sheep, and mountain goats. Deep in the backcountry, bison and moose roam freely and are amongst the most impressive animals within the park. The same can be said for Jasper National Park, the largest national park in Canada's Rocky Mountains. In addition, visitors who look above may see over 100 species of birds, including the osprey.

Embark on wildlife discovery tours in both national parks, and revel in the opportunity to seek out black bears on Whistler's Blackcomb Mountain aboard a 4x4 vehicle on the Experience Whistler, Vancouver & the Rockies journey - the perfect trip for any Canada nature enthusiast. 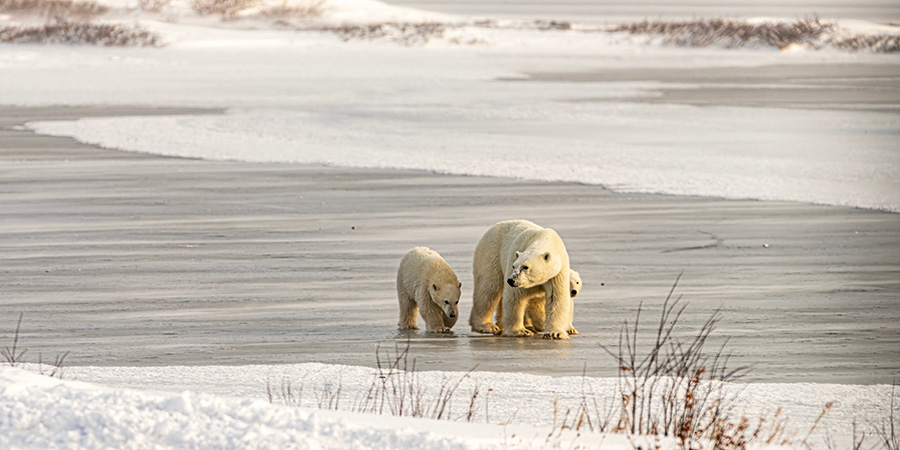 Churchill is a wonderful, remote destination in the furthest reaches of Manitoba. Its setting along Hudson Bay gives it a subarctic climate and temperatures that rarely exceed 50 degrees Fahrenheit. What does that mean for wildlife? Well, Churchill is a largely uninhabited playground that makes the ideal home for arctic land and marine animals.

Orcas and beluga whales swim through the icy waters while arctic foxes and moose wander about on land. The thing that most people come to Churchill for, though, is the polar bears. During migration season, this small municipality is home to the largest population of snow-white bears in the world - upwards of 1,000. Tall Tundra Buggies take tourists into the Churchill Wildlife Management Area to see the polar bears searching for food in Hudson Bay or playing on ice shelves. Nowhere else in North America provides such an up-close and personal look at these giant bears.

Spend eight days observing polar bears in their natural habitat on the Polar Bear & Churchill Adventure, a tour that puts experts at the wheel and leads you to places you can only imagine. If you would rather head to Churchill during beluga season, the Belugas and Bears By Train itinerary is a great option, too. 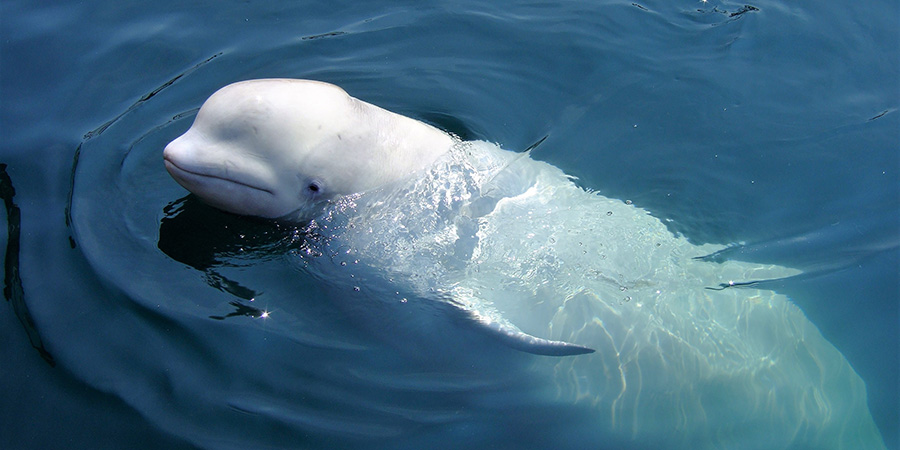 Another ideal location for whale watchers, the St. Lawrence River is brimming with marine life, specifically whales. From May until November, the waters become a haven for beluga, fin, minke, humpback, and massive blue whales. Luckily, an easily accessible city on its shores makes the perfect launching point for cruises through these life-filled waters: Quebec City.

A historic city brimming with European charm, Quebec City makes for an incredible vacation destination at any time of the year; however, whale season holds a special place in wildlife enthusiasts' hearts. Visitors are spoiled for options when it comes to whale-watching cruise options, with many of them venturing up the St. Lawrence River toward Tadoussac in the Charlevoix region. This route is ideal because Tadoussac's positioning at the confluence of the saltwater St. Lawrence River and the freshwater Saguenay River makes it a hotbed for plankton production and, therefore, whales.

As you cruise the scenic waters of the St. Lawrence, you may also notice seals, sea lions, or porpoises swimming near the ship. The river is home to several species of shark, but most, like the ancient Greenland Shark, stay hidden from visitors' gazing eyes. As you venture out of the city and into the surrounding countryside, you can spot animals like beavers, deer, and muskrats along the shores. See for yourself on our six-day Taste of Quebec getaway. 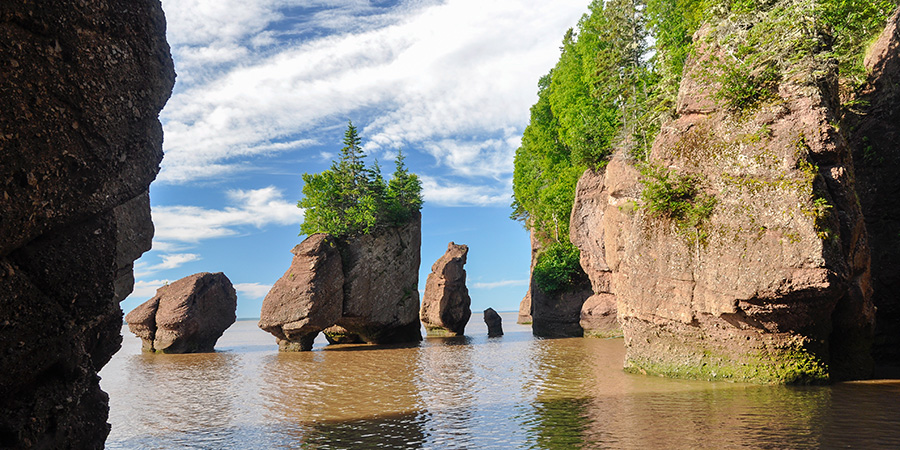 The Bay of Fundy in New Brunswick

If there is one place in Canada that is ideal for birdwatching, it is the East Coast, specifically the Maritime province of New Brunswick. With its dramatic tides and rugged coastlines, there are plenty of safe places for birds to perch, nest, and raise their young without too much predation from land animals. Nearly 400 species of birds call this province home, with over 200 choosing New Brunswick as their breeding ground.

Observe the unbelievable power of the ocean's tides and marine life at its finest at the Bay of Fundy, one of Canada's favorite natural landmarks. This beautiful locale is set within Fundy National Park and houses thriving bird and marine life populations that include multiple species of whales, such as humpback, minke, and gray. Harbor seals and porpoises also poke their heads through the water's surface. Keep your binoculars handy for avian sightings, such as those of bald eagles, sandpipers, osprey, and adorable Atlantic puffins.

For an even better look at the puffins that call this region home, there is no better place than Machias Seal Island. Machias boasts thousands of mating pairs of puffins and transforms into a puffin paradise each season as the birds return to nest. Additionally, razorbills, terns, and other seabirds can be found on its shores and in the skies.

Explore the Bay of Fundy's offerings on the High Tides & Scenic Trains journey, which offers ten days of spectacular coastal sights and plenty of opportunities to spot Canada's seabirds and whales.

Wildlife areas in Canada make the perfect retreat from everyday life. These regions are never too far away, given they can be found from coast to coast, and offer a peaceful respite where nature thrives and the modern world falls to the wayside. Whether you are hoping to spot bears, moose, whales, or birds, let Vacations By Rail guide the way. Contact us today to find the perfect way to explore nature in Canada.