A Journey on VIA Rail's Ocean: The Window to Canada

The Canadian Maritimes are known for enchanting seaside towns, unspoiled nature, and attractive cities where the amenities of modern life merge with the traditions of yesteryear. From mainland New Brunswick to the water-surrounded provinces of Nova Scotia and Prince Edward Island, this region is easily one of Canada's most scenic. There is no better way to drink in the changing vistas and experience the best of the Maritimes than with a train vacation. VIA Rail's Ocean makes these thoughtfully planned trips possible, thanks to its 835-mile route that crosses Eastern Canada, traveling from Montreal to Nova Scotia - Halifax, the capital city, to be precise. So settle in, and watch as the showcase of Canada's natural beauty comes to life.

Departing three times a week, the Ocean offers regular access throughout the east on its route, which unfolds over one day and one night of travel. This passenger train comprises five types of train cars and may carry up to 14 cars during the off-season or as many as 21 during the busy season. Vacations By Rail travelers utilize Sleeper Plus Class for overnight accommodations, so as you step onboard, venture to the appropriate Sleeping Cars and settle into your private cabin. These rooms are available both with and without a shower, depending on your travel preferences. The cabins are outfitted with comfortable armchairs for daytime travel and upper and lower berth beds at night. Private restroom facilities, complete with vanities, sinks, and toilets, are in each cabin.

Gain a different perspective on the passing scenery by venturing out of your private cabin and into one of the train's shared spaces, such as the Services Car, where a take-out counter offers light meals and drinks a la carte. Another option comes in the Park Car, an exclusive lounge for VIA Rail Ocean Sleeper Class Passengers. The Park Car features onboard entertainment for guests, including history lessons, wine tastings, and fascinating cultural presentations. You can also pass the time conversing in one of the two Park Car lounges, both filled with comfortable seating and large windows from which to watch the landscape as it transforms. Before venturing back to your cabin, do not forget to head up to the car's upper observation deck, an excellent spot to snap pictures as the train approaches the coastline. 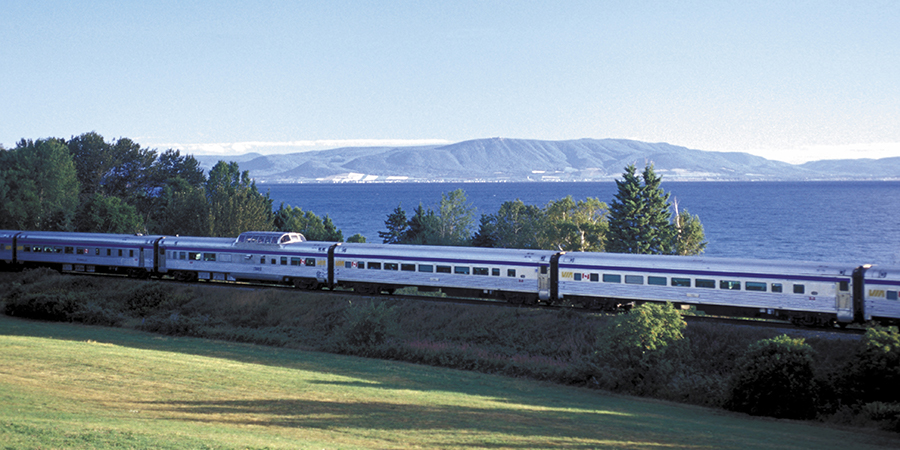 Sleeper Plus travelers on the Ocean train enjoy fantastic, freshly prepared meals in the Dining Car throughout the journey. The menus change with the seasons and are inspired by regional favorites. If you are feeling peckish between meals, there are ample choices in the Service Car. Wi-Fi Internet is available in these cars, as well as all the others, for convenience.

Even with all of the onboard amenities, the views make this route one to remember.
As the Montreal to Halifax train departs the station, cityscapes surround the tracks. The Ocean proceeds through the St. Lawrence River region, passing through the charming towns that sit alongside the riverbanks. The Monteregian Hills, unique land formations exclusive to the St. Lawrence River Valley, the Matapédia Valley, and the beautiful Matapédia River are presented in all their glory during the train's course. Next up, Chaleur Bay breaks on the horizon, and after passing it, the train changes direction and commences its southerly route through New Brunswick. The train to Nova Scotia enters the journey's final leg as it crosses the New Brunswick/Nova Scotia border near Amherst. Quaint fishing communities and coastal visions come into view as the Ocean approaches Halifax, the final destination on the trip. In all, you can expect to spend around 21 hours traversing between the two bookend destinations. Over 25 diverse cities and towns are featured throughout the route, offering the best look at Maritime Canada. 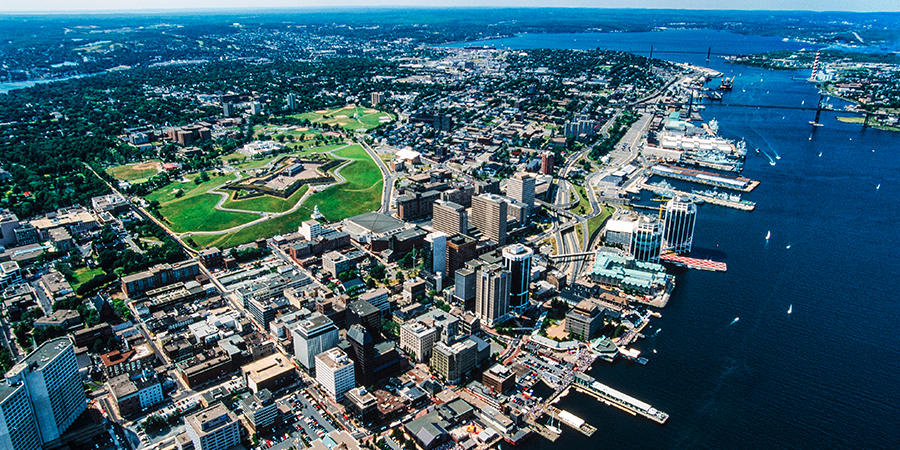 The Ocean is the cornerstone of several journeys across Eastern Canada. Such trips include:

From the cultural hub of Montreal to the French-influenced province of Quebec and the furthest reaches of wild Nova Scotia and Prince Edward Island, the splendor of the Maritimes is yours to behold when you take a journey on the Ocean.

The Top Reasons Why You Should Take a Danube River Cruise

Whether you hope to connect with central Europe’s culture or desire a glimpse at world-class cities, here are the top ten reasons to take a Danube River cruise.