In North America, certain things go hand-in-hand: peanut butter and jelly, the Fourth of July and fireworks, carnivals and fried food, and the railroad and national parks. National parks and railways have been tied together since the late 1800s when the West was declared "conquered" and the Union Pacific Railroad began touting their railway as a way to take in the picturesque vistas of America. Believe it or not, it was even a railroad company, the Northern Pacific Railway Company, that lobbied congress to create America's first National Park, Yellowstone, in 1872. As the popularity of national parks grew, so did the railway options to get there. By 1901, the Atchison, Topeka & Santa Fe Railroad began their development on the South Rim of the Grand Canyon; by 1903, Union Pacific offered train trips to Yellowstone, with a direct line to the west gate by 1908; and by 1910, the Great Northern Railway had a line to Glacier National Park. Travelers were enamored with the devastatingly beautiful landscapes these trips provided, and because these parks lie on protected lands, not much has changed in the last 100 years. Turn back the hands of time and check out North America's best national parks to see by train.

Traveling through Anchorage, Wasilla and Talkeetna before arriving in Denali National Park, the Denali Star offers railway transportation directly into the park. This national park is home to the tallest mountain in North America, Denali, as well as 6 million acres of rugged Alaskan wilderness. Alaska's big five - moose, Dall sheep, grizzly bears, wolves and caribou - roam freely here, and the views are simply breathtaking all throughout the year. Summer visitors can hike, bike and camp in the park, and wintertime guests have access to dog sledding, snowshoeing trails and snowmobiling. The stargazing in Denali is absolutely unforgettable, and from early fall until early spring, the aurora borealis can be seen, as well. Take the guess-work out of planning with our Highlights of Kenai Fjord & Denali Backcountry Delights tour. 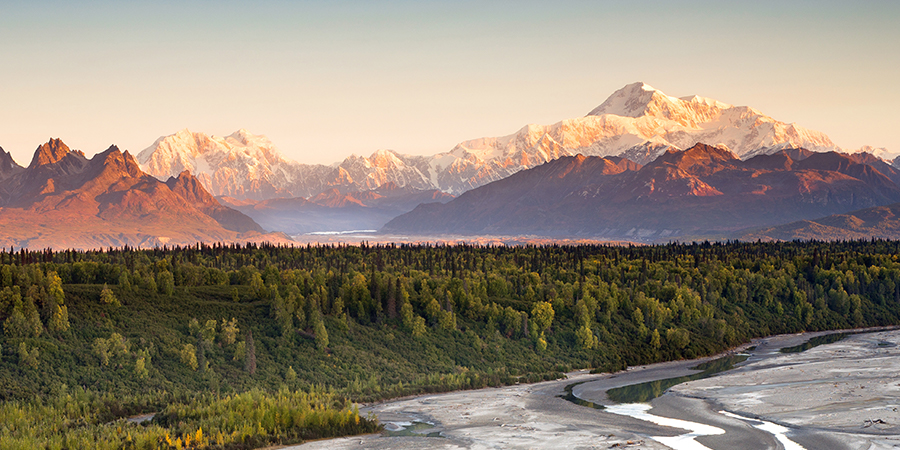 Getting to Glacier National Park has never been easier or more scenic than with a ride aboard Amtrak's Empire Builder. Following a route between Chicago and Seattle, this beloved train makes a stop in East Glacier Park, Montana. Upon arrival in Glacier National Park, guests have access to 1,583 square miles of untouched terrain, which is made up of towering mountain peaks, alpine forests, colorful valleys and pristine lakes. One of the most popular attractions in the park is Going-to-the-Sun Road, which is accessible by vintageopen-top Red Jammer buses. Glacier National Park is a hiker's haven, with over 700 miles of hiking trails throughout the park. Spend 4 days enjoying the scenery the mountainous paradise with Vacations By Rail's Empire Builder with Glacier National Park voyage. 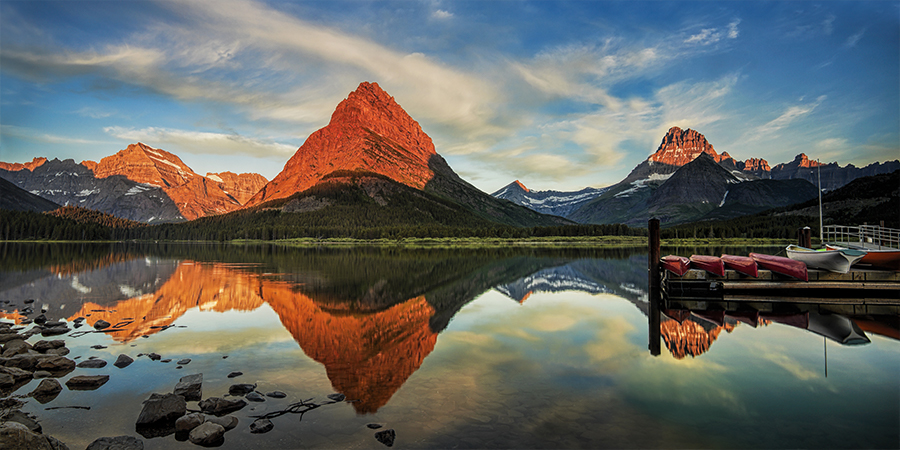 One of the world's greatest wonders and America's greatest treasures, Grand Canyon National Park is home to some of the most dramatic views on Earth. Layers upon layers of red rock form amazing canyons that plunge nearly 1 mile deep and stretch out nearly as far as the eye can see. Throughout the park, there are hiking trails, scenic lookout points and even historic buildings to explore on the South Rim. At the bottom of the canyon, the Colorado river weaves its way through the rocks and creates the perfect place to take in the views - this time looking up instead of down. Getting to the Grand Canyon by train could not be easier, with Amtrak's Southwest Chief traveling from Chicago to Flagstaff, AZ. From Flagstaff, a quick transfer to Williams, AZ allows for easy boarding of the Grand Canyon Railway, which travels right to the South Rim. Our Grand Canyon Railway Rails to the Rim Adventure allows travelers to soak in all the beauty of the canyon and to enjoy days of planned adventures through the park. 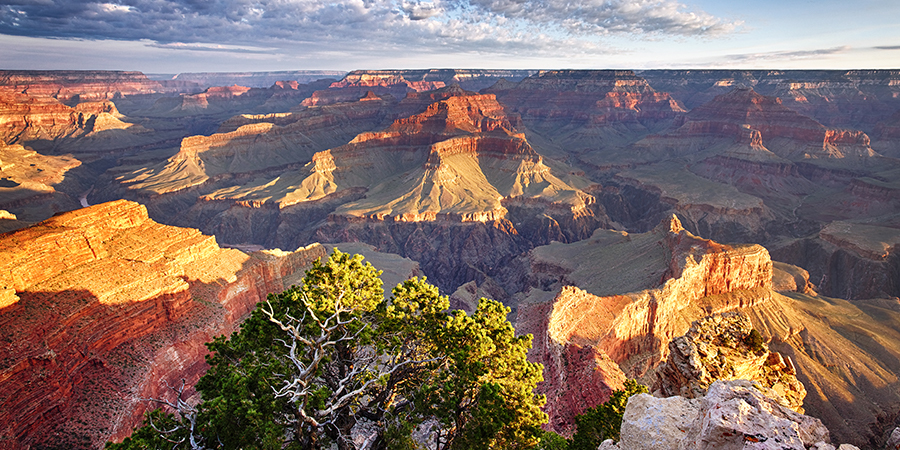 Located in the Canadian Rocky Mountains, Banff National Park was Canada's first national park, established in 1885. This national park which began as a hot springs preserve now encompasses more than 2,564 square miles of stunning alpine scenery. Visitors of the park still flock to the hot springs, of course; however, there is also a charming town to explore, some of the best skiing in the Rockies, mountain climbing, hiking, whitewater rafting and so much more. Banff National Park is accessible via the Rocky Mountaineer, which travels by daylight only, allowing travelers to soak in all the splendor of the surrounding wilderness from their domed rail car. The cuisine on the train is hailed as some of the best in the industry, and the service is simply impeccable in both SilverLeaf and GoldLeaf Service. Try the Beautiful Banff Rail & Drive tour to see for yourself. 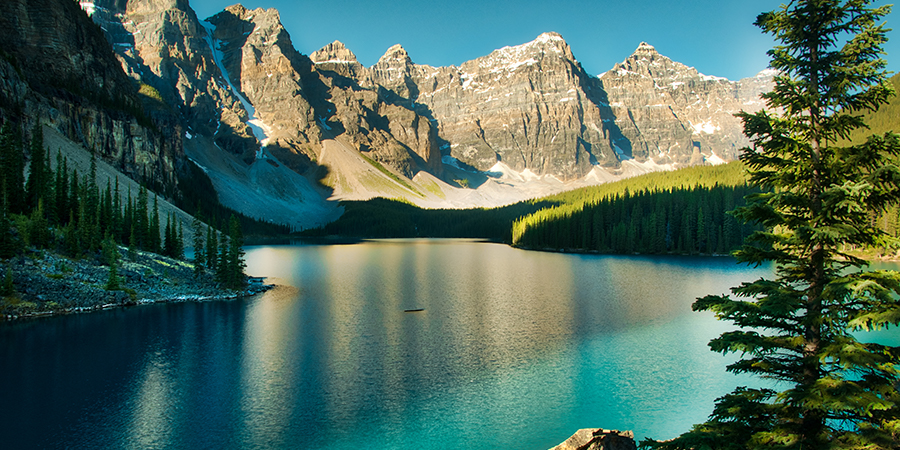 Jasper National Park is the largest national park in the Canadian Rockies, measuring in at nearly 4,250 square miles, and another favorite destination for outdoors lovers. This national park features miles upon miles of mountain biking trails, hiking trails for all ability levels and beautiful views over the towering Rockies. There are beautiful lakes for ice skating and hockey in the winter, as well as plenty of places for tubing, skiing and snowboarding. As the sun goes down on Jasper National Park, guests are treated to a show of epic proportions. Jasper National Park is the second largest dark sky preserve in the world, and as such, offers unmatched views of constellations and night-sky highlights, such as the milky way. Jasper National Park is unique in that is accessible via two of Canada's most popular trains, the Rocky Mountaineer and VIA Rail's Canadian. Using the Canadian, our Canadian Rockies By Rail expedition offers insight into the best destinations the Rockies have to offer. 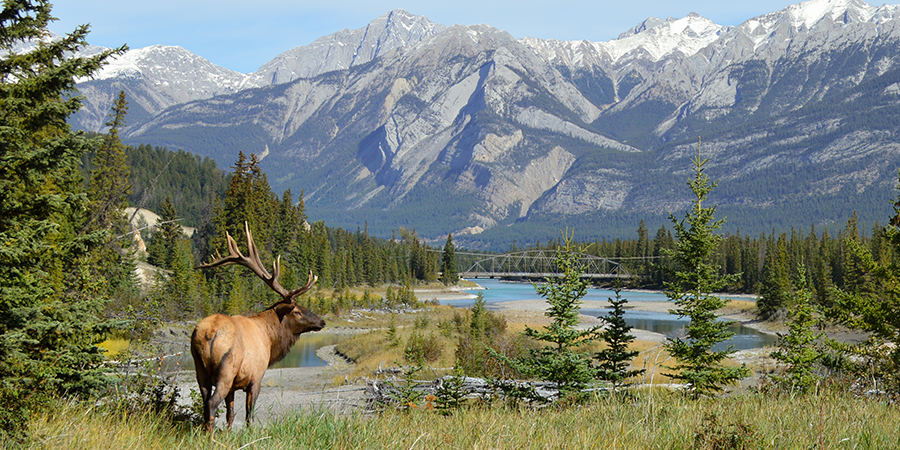 While not directly accessible by train, there are many other national parks in the United States that are located just a short drive away from major attractions or train stations. Take Yosemite, for example, which can be accessed by riding the Coast Starlight to Emeryville, CA, and then driving into the park. Travelers hoping to visit multiple national parks in the Wild West have several options being that Yellowstone and Grand Teton National Parks are located within driving distance of Glacier National Park. Your adventure by rail through North America's most prized lands awaits with Vacations By Rail.