Numerous passenger lines explore Canada, including long-distance trains that travel thousands of miles, shorter commuter routes, and even heritage train lines that transport riders back to a simpler time.

Why spend the time connecting these train routes or researching appealing journeys when you could join one of Vacation By Rail's well-planned rail trips? These packages allow you to sit back and enjoy your vacation, unveiling the romance of train travel one station at a time. If you have an idea of what you are looking for but need to refine your search, here are five foolproof ways to select the best train trips in Canada for your travel goals. 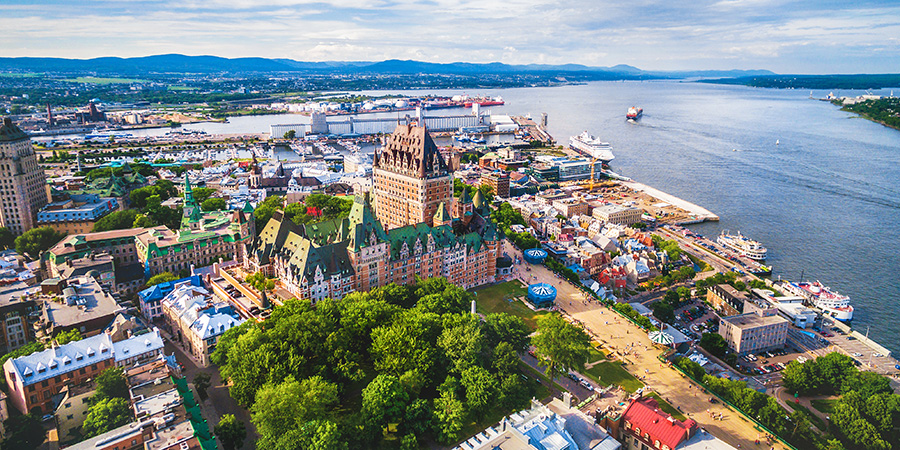 1. Ask yourself if you are interested in immersive train journeys or easy transit between cities.

Train journeys come in various durations and styles to appeal to many types of travelers. Some vacation packages feature minimal time on the rails, utilizing train travel only for short trips between cities. An example is the Montreal & Quebec City by Rail package, which includes under four hours on the rails over seven days. This itinerary focuses its time in Montreal and Quebec City rather than the country's train network. It is ideal for the traveler who is more interested in the destinations than the journey.

However, there are plenty of rail trips that instead use the train to showcase the wonders of the Canadian landscape. Traveling through the west toward Canada's Rocky Mountains is one such example. Vacationers enjoy two days of scenic all-daylight rail journeys as you depart Vancouver and travel through suburbs, forests, and foothills, alongside sparkling bodies of water, and eventually surrounded by the peaks of the Rockies.

Our Best of the Rockies vacation does just this. It also includes an overnight return journey to Vancouver at the adventure's conclusion, offering travelers two unique rail experiences neatly packaged into one vacation. 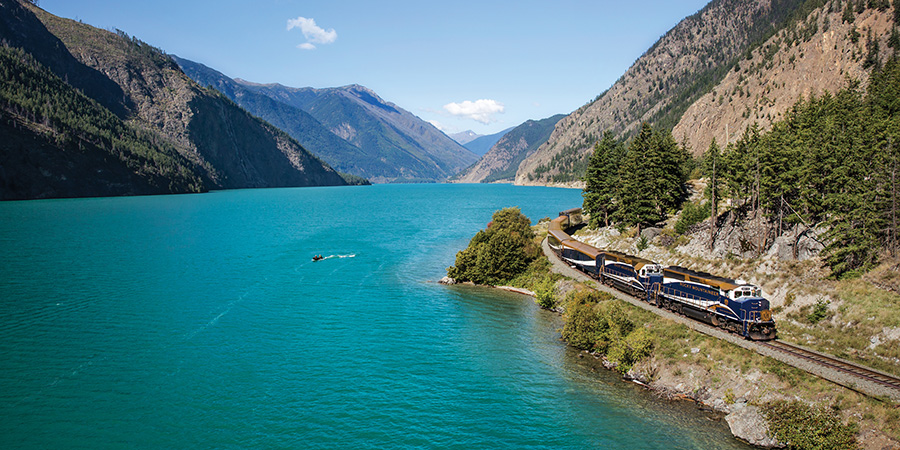 2. Decide which part of Canada you want to explore.

Canada's provinces are divided into several distinct regions with splendors that enamor visitors and keep them returning for more.

Vacation By Rail's enticing rail vacation packages explore these regions, allowing you to travel wherever your heart desires. 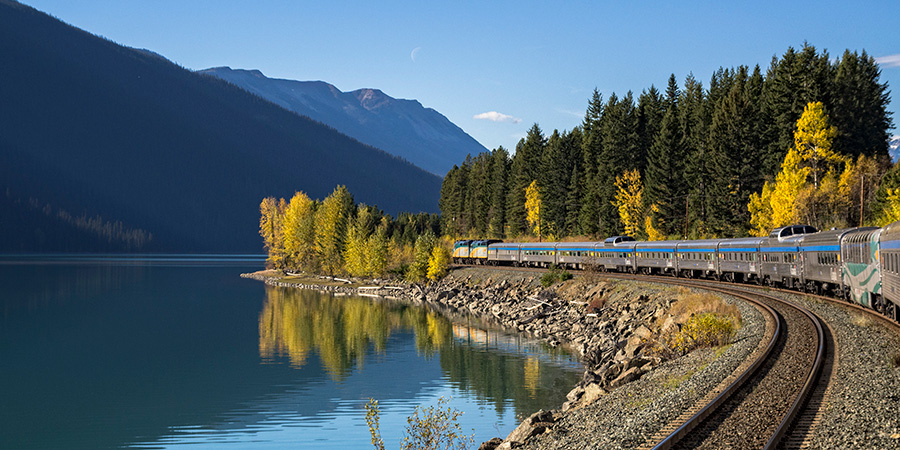 3. Think about the pros and cons of overnight train rides.

You have options if you're interested in a lot of time on the tracks but cannot decide if an overnight train ride is for you.

VIA Rail Canada is the premier choice for long-distance travel in Canada, serving eight provinces from coast to coast. The railway operates several overnight trains with Sleeper Car accommodations, including the Canadian (Vancouver to Toronto), the Ocean (Montreal to Halifax), and the Winnipeg-Churchill (an eponymous route). These lines cover long distances and offer private accommodations to passengers for additional privacy and comfort during the evening hours. Before joining one of these trains, consider the following:

If you decide that overnight train rides are not for you but want to travel into the Canadian Rockies, a trip aboard the one-of-a-kind Rocky Mountaineer may be the solution. This luxury train follows a daylight-only route that highlights some of the most scenic portions of British Columbia and Alberta. Further, the Rocky Mountaineer enjoys exclusive access to select Canadian Pacific Railway routes that are as scenic as they are historic. Our Canadian Rockies & Rocky Mountaineer tour explores it in all its glory.

Another option is to select a journey that utilizes train journeys in small doses, like the Maple Explorer, which travels from Toronto to Quebec City on VIA Rail's Corridor Service, yet breaks up the trip over several days. 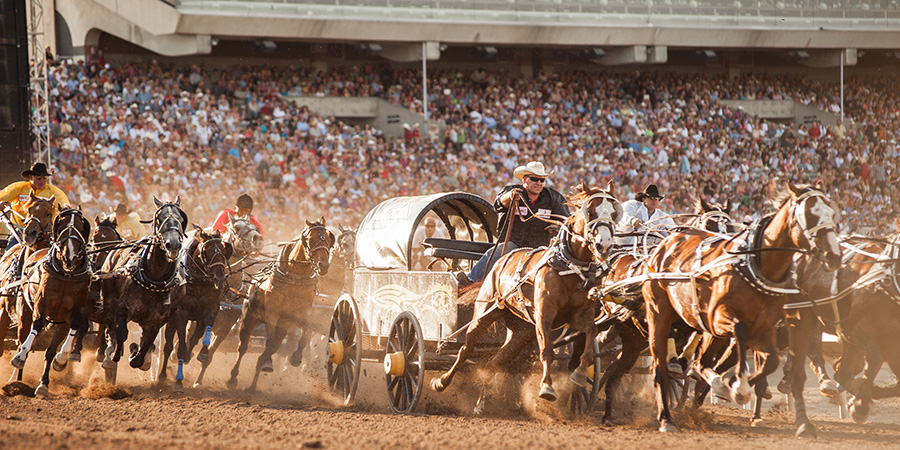 4. Plan rail trips at a time of year that aligns with what you hope to see and do.

What do you hope to experience during your time in Canada? Are you interested in hiking, sightseeing, and activities that keep you outdoors? Is there a specific event you wish to attend? Before you book your next adventure, consider the time of year that best aligns with your interests.

Venturing to Canada during the summer is ideal for travelers that want to get out on the water for whale watching or hope to spot bears in the forests of Vancouver Island or the Canadian Rockies. July and August are the warmest and driest months, allowing for effortless planning of city tours and walking excursions. Hiking in the mountains is fantastic, and scenic train rides unveil the full potential of the Canadian landscape. Furthermore, travelers can focus their vacations around the world-famous Calgary Stampede in July or Montreal's Jazz Festival, which also takes place during July.

Winter transforms the landscape into a snow-dusted paradise, the epitome of a winter wonderland. Visiting during this time allows you to see the northern lights in Churchill and frozen canyons and waterfalls deep in Banff and Jasper National Parks. Riding the Canadian Snow Train through the wilderness shows how peaceful Canada's remote settings can be. If city explorations are more your speed, taking a Quebecois Holiday during the Carnival de Quebec in February is an experience you are not likely to forget. 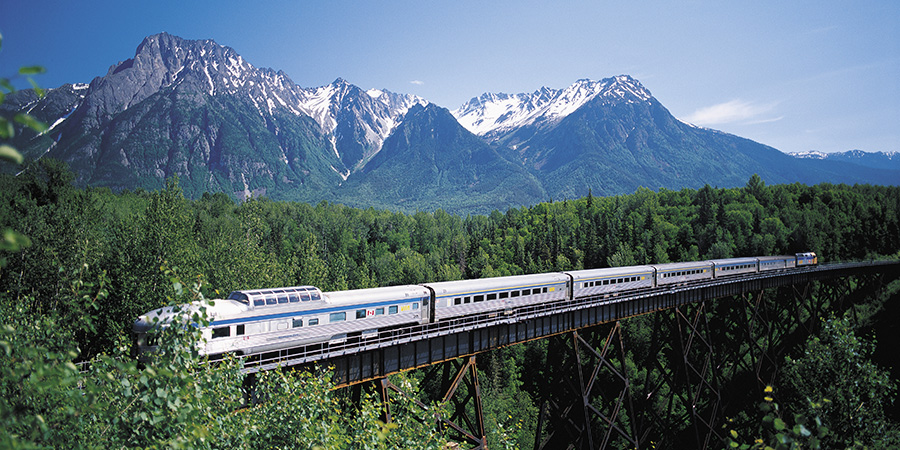 5. See it all on an epic train trip across Canada.

Some of the best train trips in Canada do not focus on a specific region, activity, or attraction and instead venture to explore the country from coast to coast. Cross-country train trips, like the week-long Trans Canada By Rail itinerary, may take you from Vancouver to Toronto. They can also last much longer, like the 17-day Canada Coast to Coast expedition, which travels from Vancouver on the West Coast to Halifax on the Eastern Seaboard.

While coast-to-coast train trips across Canada are a more significant investment, both in time and money, there is no better way to immerse yourself in the unique cultures and traditions each different part of the country has to offer. From the maritime delights of the east to the west's wild wonders, there is no shortage of fantastic sights to see when you travel across Canada by train.

Scenic train rides and epic rail experiences await in Canada. Whether your inspiration has been struck or you need more help finding the adventure that suits your travel needs, contact a Rail Specialist to start planning your Canadian rail adventure.